Alan Irvine not sure of West Bromwich Albion future 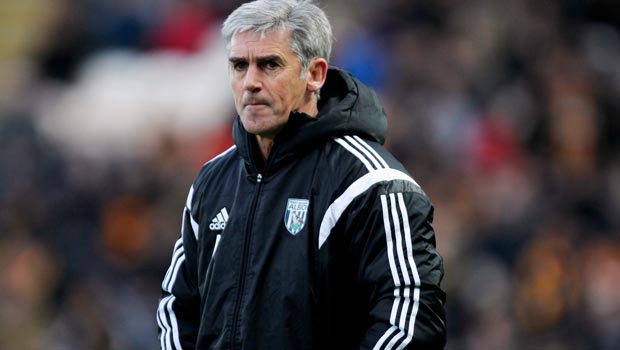 Alan Irvine is still unsure if West Brom will stick with him in the long term despite the side ending their five-game winless run against Aston Villa at the weekend.

The pressure had been mounting on the Baggies boss after the side crashed out of the Capital One Cup at Championship leaders Bournemouth in late October before then losing four successive Premier League games to slip perilously close to the relegation zone.

West Brom stopped the rot with a goalless draw at struggling Hull before winning Saturday’s West Midlands derby against 10-man Villa at the Hawthorns thanks to Craig Gardner’s second-half strike against his former club.

The win moved the side three points clear of the danger zone and Irvine has stressed that Albion need some stability following an eventful 2013-14 season in which the club had two managers – Steve Clarke and Pepe Mel – and just about managed to avoid the drop.

However, whether the club’s hierarchy see the Scot as the man for the long haul is open to debate, according to the Scot.

“Stability is something that every club is striving for,” said Irvine in the Express & Star.

“Whether I’m the right man for that remains to be seen but I’m sure it’s what the chairman and the board would want.

“I concentrate on the things that I can control. It is vitally important that it doesn’t start to affect my judgment or my decision-making, because if it does there’s a fair chance of making poor decisions.”

West Brom can put more distance between themselves and the relegation zone if they win at third-bottom QPR on Saturday.