Borussia Monchengladbach vs. AS Roma Preview

Posted by Olumide Akinnifesi on November 7, 2019 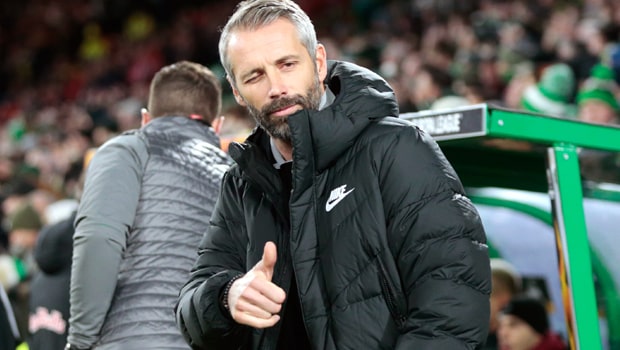 Today, we shift our focus to Borussia Park as Borrusia Monchengladbach take on Roma in the Matchday 4 of the UEFA Europa League in Group J.

Borussia Monchengladbach’s performances in Europe have been abysmal of late, and they need to turn things around if they are to make headway in the group stages. Tonight they will host Serie A giants AS Roma as they seek their first win. They have just two points from a possible nine matches.

Monchengladbach has been on an excellent run of form in the Bundesliga as they currently sit at the top of the Bundesliga table with three points ahead. Also, they have lost just two of their last five fixtures in the league — their latest win, which was a 2-1 win over Leverkusen.

‘Gladbach is a solid side at home; they boast of three wins on their turf this season. But their poor record in Europe continues as they lost to Wolfsberger 4-0. Borrusia Mochengladbach’s Manager Marco Rose will have to gear up his players towards tonight match to see if they can get back their Europa League campaign back on track.
Italian side Roma, on the other hand, is aiming to top the log as they will be very cautious in their approach to the game. They have been unbeaten in their last eight matches, and recorded four wins in their previous ten away fixtures, though they have drawn two on the road in Europe.

Both teams are strong, and we expect to see a lot of attacking waves from both sides.
Borussia Monchengladbach vs. Roma Head – to – Head (h2h)
Their only previous encounter ended in a one-all draw

Borussia Monchengladbach are priced at 2.06 to win the game, while Roma are priced to win 3.36.