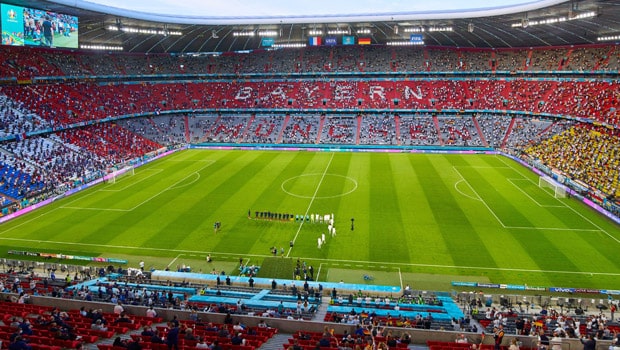 UEFA said that even though it understands the intention behind this proposal which promotes inclusivity, they ‘must decline this request’ given its political context – “a message aiming at a decision taken by the Hungarian national parliament.”

The mayor of Munich Dieter Reiter had earlier explained that the city wanted to protest a law that was passed in Hungary last week which prohibited the sharing of any content promoting homosexuality or sex reassignment among minors. Several human rights activists and organizations called the law passed by Hungary’s right-wing government anti-LGBTQ and discriminatory in nature.

“In Hungary we have passed a law to protect Hungarian children, and now in Western Europe they are griping about it,” Hungary’s Foreign Minister Peter Szijjártó said in Luxembourg. “They want to express this by including politics in a sporting event, which has nothing to do with the passing of national laws.”

“Discrimination can only be fought in close collaboration with others,” said UEFA in its statement while turning down the request from the Munich city council. It also proposed an alternate plan of illuminating the Allianz Arena in Munich in rainbow colours on June 28 to celebrate Christopher Street Day or between July 3 to July 9 in order to mark the Christopher Street week in the city.

Though UEFA said these dates ‘better align with the existing events’, it must be added that no Euro 2020 match is scheduled in Germany on these particular dates. Therefore, this delayed action foils the plan of Munich city’s planned protest against “the homophobic and transphobic legislation of the Hungarian government.”

Though the council’s intention was to promote messages of inclusivity and equality especially for the LGBTQ community, UEFA stressed that the organization was ‘politically and religiously neutral.’

“What does the rainbow stand for?” German government spokesman Steffen Seibert asked on Monday. “It stands for how we want to live: With respect for each other, without the discrimination that has long excluded minorities. And surely the vast majority of people can relate to that.”