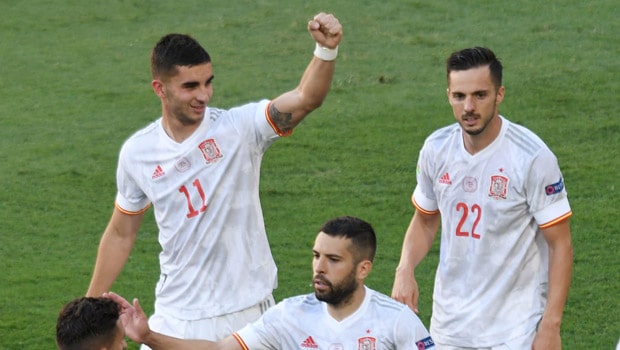 Spain and Croatia played out an 8-goal thriller at the Parken stadium in Copenhagen Denmark to record Euros’ second-highest scoring game in a round of 16 games played on Monday evening. While France shockingly got eliminated out of the round of 16 by Switzerland on penalties.

Spain finished second in Group E, which housed Sweden, Slovakia, and Poland, while the Croats qualified behind England in a group that had the Czech Republic and Scotland as well.

The game started most bizarrely with Spain’s goalkeeper Unai Simon failing to control a backpass from Pedri as the ball rolled into an empty net.

However, Manchester City forward Ferran Torres extended Spain’s lead in the 77th minute of the second half, twenty minutes after Ceaser Azpilicueta had put them in front early in the second half.

The 2008 and 2012 champions thought they had won the game until Mislav Orsic reduced the deficit for the Croats before Mario Pasalic stretched the game into extra-time with a stoppage-time goal.

The drama continued with the Switzerland/France game as Switzerland led through Haris Seferovic early in the first half but Ricardo Rodriguez missed a penalty to make it 2-0 for Switzerland.

Real Madrid striker Karim Benzema scored a quickfire brace in the 57 and 59 minutes before Paul Pogba made it 3-1 with 15 minutes left.

Switzerland piled the pressure as Seferovic got his brace in the 81st minute before Mario Gavranovic got the equalizer in the final minute of the game.

No goal came in the extra time but PSG forward Kylian Mbappe missed his penalty after nine different others were scored by both teams, to put Switzerland through.

Switzerland will now face Spain in one of the quarter-finals on Friday while Belgium will face Italy. Czech will face Denmark.

On Tuesday Sweden will play Ukraine while Germany and England will play to determine the remaining Quarter-final teams.