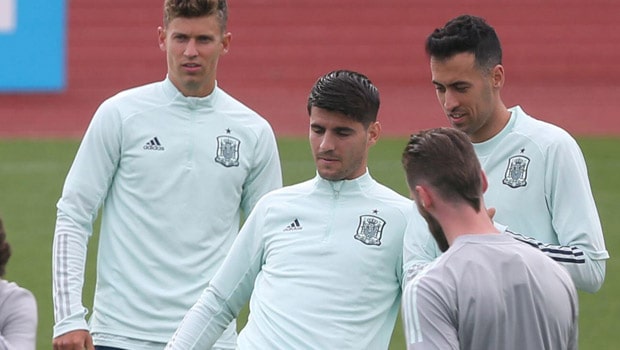 Spain went into their final group game on the back of two draws. Despite dominating both those matches, they were unable to score enough goals to come out on top. A mixture of missed penalties and bad finishing saw them earn just 2 points after their first couple of matches and were on the brink of a group stage exit.

Similarly, Croatia started their campaign by losing 1-0 against England. Although their performance improved against Czech Republic, they could only muster 1 point from that game as well. Both these sides had to win their final game to qualify and that’s what they did. While Spain thrashed Slovakia 5-0, Croatia won a 4-goal thriller against Scotland thanks to some heroics from Luka Modric.

This round of 16 contest looks slightly one sided on paper, but it could really go either way. Croatia have a lot of experience in their side and have been successful at the last world cup. The Spain side are favourites for this game but they have found it hard to finish chances thus far and have a side filled with young and inexperienced customers.

Croatia will be without one of their star players as Ivan Perisic tested positive for COVID 19. If Croatia progress further, he will be available for the semi-final match. Croatia will play a more aggressive style and won’t sit back to let Spain dominate possession.

“When the Spaniards have possession they force it, they had a little difficulty in the first two games with scoring,” Croatia defender Duje Caleta-Car said.

“We have players who can show their quality through possession as well, and that’s where I see our chance. They haven’t experienced that yet, that someone takes the ball from them.”

Much of the attention will be on Spain’s attack, especially on Alvaro Morata. He has had a poor tournament so far as he has missed a bucket load of chances including a penalty. After receiving a lot of abuse on social media, the Juventus striker will be eager to prove his critics wrong.