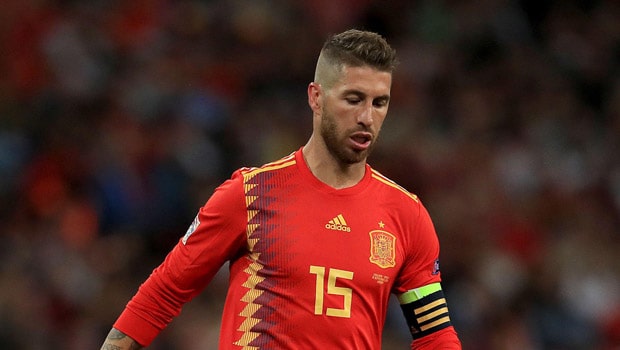 Real Madrid defender and skipper Sergio Ramos has been left out of Spain’s squad for the Euro 2020 which kicks off on the 11th of June.

Spain’s boss Luis Enrique omitted the 35-year-old from the list as the defender has only played once since the end of March.

Real Madrid defender has been struggling with injuries for a larger part of the season and he only playing 15 La Liga matches, 5 UEFA Champions League matches, and a single cup game in a season where Real Madrid ended trophies.

Enrique revealed that dropping the former FIFA World Cup and European champion was never an easy decision to make.

“It was a very difficult decision but he [Ramos] has not been able to play this season and has hardly trained since January,” Enrique said.

Meanwhile, Luis Enrique extended call-ups to Manchester City defender Aymeric Laporte who only had FIFA’s approval to switch from France to Spain recently.

In the midfield, there was space for Barcelona’s Sergio Busquets, Pedro, and Atletico Madrid duo of Koke and Marcos Llorente.