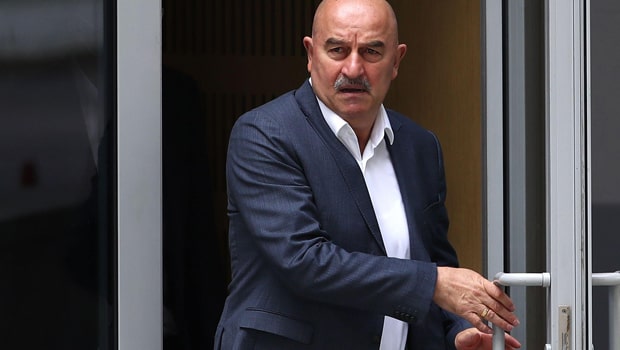 The Russian Football Federation has gotten rid of head coach Stanislav Cherchesov after a disappointing run at the European Championship. Russia failed to progress beyond the group stages and ended up finishing at the bottom of Group B with just a single win and two losses.

They began their campaign with a 3-0 loss to the number one side in the world Belgium. Although Russia did defeat Finland 1-0 thanks to a goal from Aleksei Miranchuk, they ended up crashing out of the tournament in the final group stage match against Denmark. The Danes ran riot against Russia in Copenhagen and defeated them by a 4-1 margin!

The President of the Russian Football Federation Alexander Dyukov stressed that the decision to dismiss Cherchesov from duty was reached after long discussions with him.

Stanislav Cherchesov had taken charge of the side after Russia were eliminated from the group stages at Euro 2016 under then manager Leonid Slutsky. Cherchesov had led the side during a crucial juncture with the 2018 World Cup hosted in Russia. He led the home side to the quarter-finals and famously defeated the 2010 World Cup winners Spain in the Round of 16 stage. They ended up losing to eventual runners-up Croatia on penalties in the quarters.

“Together with Stanislav Salamovich (Cherchesov) we took the decision to end his contract. The Russian soccer federation will begin the search for candidates for the post of head coach to prepare the team for qualifying games for the World Cup in 2022,” Dyukov said in a statement.

The former head coach Cherchesov thanked all the players who worked with him over the years after being dismissed.

“Five years working as the head coach of the national team will remain unforgettable in my life. I’d like to thank all of the players who worked together with me for these years,” Cherchesov told the Moskovsky Komsomolets newspaper.

He is the third coach to have led a side at the European Championship this year to have lost his job.

Earlier, Netherlands manager Frank de Boer resigned following a surprise loss to the Czech Republic in the Round of 16 stage and clarified that it ‘was not a healthy situation’ because of the enormous pressure on him. Germany’s head coach Joachim Low also left the Die Mannschaft, although it had been agreed on months before the tournament.

Louis van Gaal will returns as Dutch coach once again while Hansi Flick had been named as Low’s successor even before Euro 2020 kicked off.