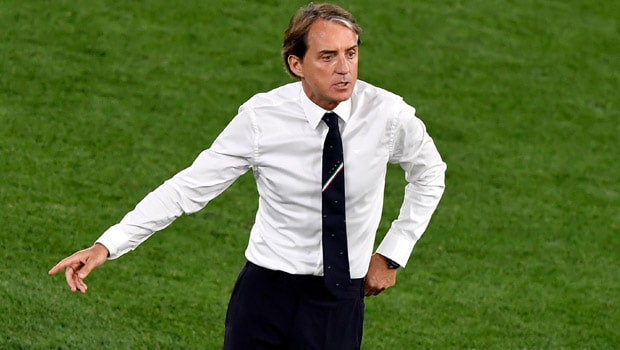 Italy manager Roberto Mancini has said it will be a tough match against Switzerland in their second match of the European Championship.

The Azzurri started the tournament on a winning note with a 3-0 win over Turkey at the Stadio Olimpico on Friday. As most managers hardly change the winning side, the former Manchester City manager is not expected to make unnecessary changes to the impressive side on Friday.

However, the team will be without injured Paris Saint-Germain full-back Alessandro Florenzi. Giovanni Di Lorenzo replaced the defender who started the game on Friday.

In a bid to secure maximum points here as well that will guarantee Italy’s qualification for the next round, he is expected not to touch the midfield setup, except if necessary since none of the starters are injured. This means that marco Verratti, involved in a friendly game on Sunday, could get some minutes later. Although he remains a doubt, judging from recent reports.

Mancini, who pointed that the match against the Swiss, who were held 1-1 by Wales in their opener in Baku, will provide another big challenge for the Azzurri. While describing them as an excellent side with many talented players who know how to play, the coach at a press conference pointed that Vladimir Petković is an experienced coach that will make things tough for him during their meeting.

Speaking further on the players available, the coach said Domenico Berardi and Verratti trained with the team on Tuesday while Florenzi began his recovery with a personalized programme.

Mancini further stated that he is unsure if Rafael Toloi or Di Lorenzo will start because one of them is a doubt for the match.

Before making his decision on Veratti, who got injured towards the end of the Ligue 1 season, Mancini said that would be after two training sessions.

The Swiss will need a maximum point to put them in position ahead of their last game against Turkey.