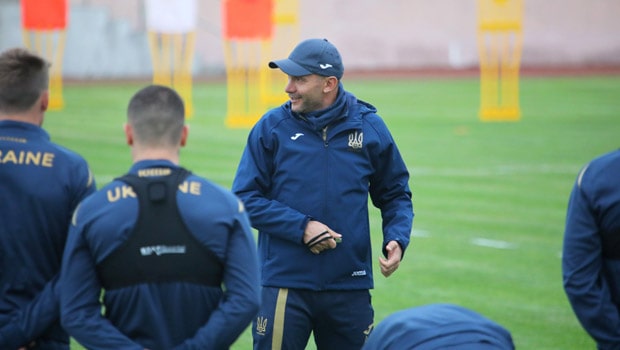 Ukraine’s first match in Euro 2020 proved to be an absolute thriller. The side went 2-0 down in the second half against Netherlands. However, Ukraine showed resilience and clawed their way back into the match following goals scored in the 75th and 79th minute. However, Denzel Dumfries scored late for Netherlands and denied Ukraine points in their first match of the European Championship.

Ahead of the all-important game against North Macedonia, Ukraine head coach Andriy Shevchenko believes that the team needs to shrug off the disappointment and focus on the task at hand. Shevchenko was please by the effort put in by his players in the match against The Netherlands but he also conceded that the game’s frantic pace and intensity took its toll on the Ukraine players.

“Many of the lads were empty vessels after the match with the Netherlands, we will see how many of them will be able to recuperate sufficiently for the game against North Macedonia,” Shevchenko told Ukrainian media.

“We knew even before the tournament this would be the pivotal game of the group stage.”

Shevchenko also revealed that Ukraine would try to implement some of Austria’s plans in their match against North Macedonia. Austria won 3-1 over North Macedonia in their opening Euro 2020 fixture. This is North Macedonia’s first major tournament as an independent nation.

“We will watch the tape and screen all the things the Austrians did right,” Shevchenko said. “We still have two games left and we need to cling on to every chance.”

On the other hand, North Macedonia’s wing-back Ezgjan Alioski reckons that the team needs to learn from the mistakes made in the first match. North Macedonia conceded two goals in the last 20 minutes of the match against Austria.

“The match against Ukraine is like a cup final because it’s a must-win situation for both teams but no matter what, we need to keep enjoying the tournament and have fun,” Alioski told a news conference on Tuesday.

“We have to recover quickly from the defeat by Austria though and we don’t have much time. It is essential that we believe that we can win although Ukraine are the favourites.”

“They are a great attacking side full of top quality individuals and it will take a tactically sound defensive effort to thwart them.”

Ukraine will take on North Macedonia on June 17 at the National Arena in Bucharest.