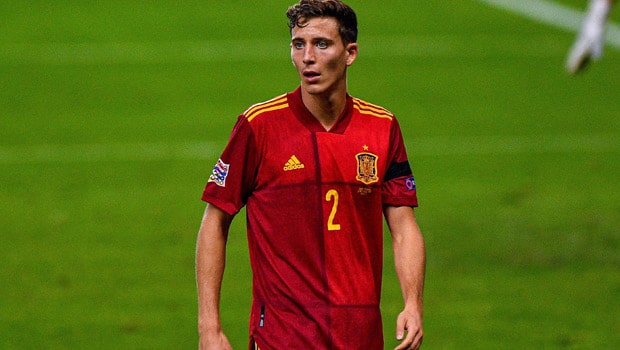 Spanish defender Diego Llorente has also tested positive just a few days after the news broke out that Spain’s captain Sergio Busquets had contracted the virus. The preparations of the Spanish national team have been disrupted massively over the last week or so.

After Busquets tested positive, all their players were also tested and although none of them tested positive at that time, they have been told to go under isolation. Spain’s main team were also not allowed to take part in their final warm up game against Lithuania as a precautionary measure.

However, Leeds centre back Diego Llorente tested positive yesterday and the Spanish football federation have stated that more players could follow suit as their group stage opponents also have 2 players suffering from the virus.

Their opponents in the opening fixture (Sweden) have their main player Dejan Kulusevski down with the virus. Both Kulusevski and Llorente have tested positive in the last 2 days and all teams will be hoping that this isn’t the beginning of a string of cases across all teams. Apart from the two Spanish players and Kulusevski, Mattias Swanberg (Sweden) has also contracted the virus.

Luis Rubiales, president of the Spanish FA, said on Teledeporte prior to Llorente’s result that “there are likely to be more positives” within the Spain camp.

After the comments from Rubiales, the RFEF confirmed Llorente’s result, saying: “The RFEF regrets to announce that central defender Diego Llorente has tested positive in the most recent PCR tests carried out this morning at the national team setup in Las Rozas.

“The player will leave the national team tonight in a medical vehicle, following all the established health protocols.”

Spain have called up 6 senior footballers in what seems like a standby list. Kepa Arrizabalaga, Rodrigo Moreno, Pablo Fornals, Carlos Soler, Brais Mendez and Raul Albiol were all called up to help bolster Spain’s depth. These players have been training with the 11 members of the U-21 side in a parallel bubble and can be included in the main squad if there are more casualties.