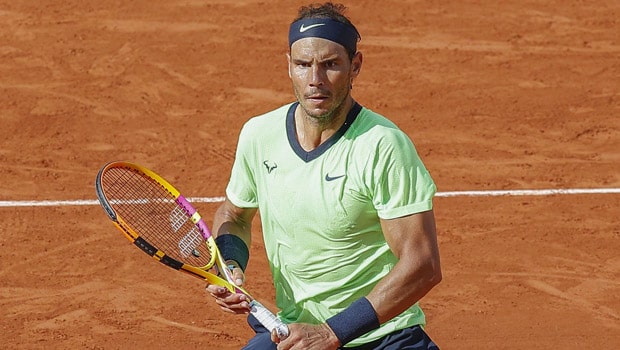 Rafael Nadal reached his 14th French Open semifinal after he defeated Argentina’s Diego Schwartzman by 6-3, 4-6, 6-4, 6-0 in the quarterfinal clash. Nadal improved his Roland Garros record to 105-2 as he whittz past the Argentine.

In fact, Nadal dropped his first set of the tournament as he went down 4-6 in the second set. Nadal was down 0-3 and he admitted that he started badly in the second set but he was able to make a solid comeback as he played aggressively.

“I started badly in the second set, then I was able to come back,” said Nadal, in an on-court interview. “But at 4-4, returning with the wind, I played a bad game and hit a double fault in the next game. I needed to play more aggressively and I did so throughout the rest of the match.”

The Spaniard then bagged the third set by 6-4 and dominated the fourth set as he didn’t even lose a single game. Thus, the lefty once again showed his dominance as he played at the top of his game.

This will be Nadal’s 35th Grand slam semi-final and he has a 26-0 record once he reaches the Roland Garros semifinal.

Nadal will either face the World No.1 Novak Djokovic or Italy’s Matteo Berrettini in the semi-final of the tournament. The 35-year-old Spaniard had recently thrashed Djokovic in straight sets in the final of the Italian Open.