How Spain could line up in their first match 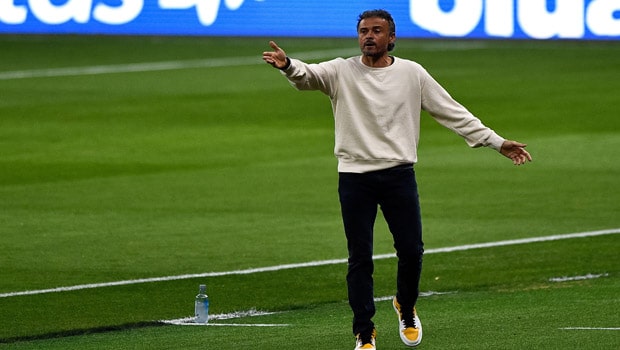 Spain manager Luis Enrique shocked the European footballing landscape by not naming captain Sergio Ramos in the squad for the summer’s Euro. The 2012 winners are undergoing a transition which sees them starting the tournament as fifth favourites, which is quite kind in itself.

Defence: During Spain’s golden era about a decade ago, their backline was solid as ever. The only active member in the Spanish squad was set to Sergio Ramos, who is arguably their most important player but he was dropped by the manager. Aymeric Laporte is the strongest defender in the squad, but he has never trained with the team as he changed his nationality only a few days ago. Marcos Llorente is versatile, but he much better going forward than he is while defending which could be a problem against the stronger sides.

Midfield: Spain’s strength has always been in the midfield. They are that sort of a country that can win a tournament by fielding six or seven midfielders in their starting eleven. While that’s not the case now, they still possess a world class midfielder in Thiago who was been playing some delightful football for Liverpool recently. Veteran defensive midfielder Sergio Busquets will be the captain of the side in Ramos’ absence. The third midfielder will most likely be Atletico’s Koke. The have great depth in Rodri and Fabian.

Attack: Spain’s attack does not include any world class talent like Portugal’s Ronaldo or France’s Mbappe. The first-choice attackers for Spain will be Ferran Torres, Alvaro Morata and Dani Olmo. Torres has played well in the limited chances at the Etihad stadium, while Dani Olmo enjoyed fruitful returns for his Leipzig side this term. Alvaro Morata, who plays second fiddle to Ronaldo at Juventus, will have to carry the goal scoring burden on his shoulders. Among the bench, Gerard Moreno is an exciting option as he goes into the tournament on the back of a spectacular La Liga campaign.