Spain need to be more clinical in front of goal at Euro 2020: Luis Enrique 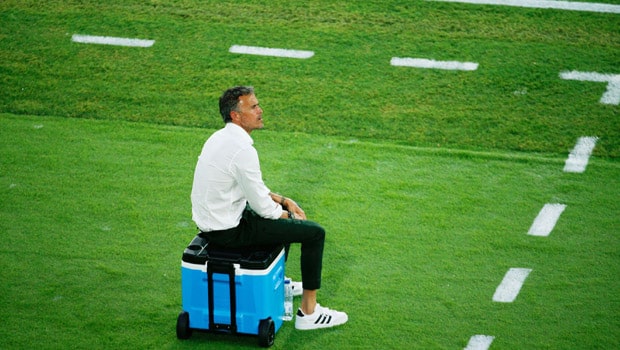 Jordi Alba who was the stand-in captain replacing Sergio Busquets in Spain’s opening European Championship fixture was also their main creative threat down the left flank. On the 38th minute of the match, Alba crossed the half-way line on the left flank and had the ball at his feet. As he looked for options to play the ball further up the field, he noticed that there was considerable space between Swedish players Mikael Lustig and Sebastian Larsson.

This gave Alba enough time on the ball to scan the field ahead of him and look for his teammates. While RB Leizpig’s Dani Olmo led the flank, he seemed to be closely marked by Manchester United’s experienced defender Victor Lindelof. Therefore, Alba decided to play the ball to his right where Alvaro Morata stood. Sweden’s Marcus Danielson attempted to get to Alba’s long and swerving ball but he made a howler which left Morata with acres of space to run on to and test goalkeeper Robin Olsen from a one versus one situation.

A few seconds later and Morata’s head was in his hands while the 22,000 fans at the Estadio de La Cartuja in Seville sighed a massive sigh. This one move, summed up the match between Spain and Sweden in their opening Euro 2020 fixture. For all of Spain’s dominance and glamour on the ball in midfield, they lacked decisiveness in the final third. It also demonstrated how Sweden decided against keeping possession and were comfortable with letting Spain have the majority of the ball while trying to defend deep and compact.

Spain manager Luis Enrique took off Alvaro Morata in the 66th minute and he was jeered off by his own country’s supporters. However, his replacement, Pablo Sarabia also made a mess of a golden opportunity gifted to him in injury time. Gerard Moreno, who had an outstanding season with Villarreal and led them to Europa League glory, found little luck either.

It didn’t matter who created the chances for Spain, and a bulk of them were created from the left wing by Barcelona’s duo of Pedri and Jordi Alba. Even with several chances served to them on a plate, Spain’s strikers had nothing to show for it.

Manager Luis Enrique, however, remained unfazed at the press conference following the 0-0 stalemate. He was confident that his side was the better team in the match and on another night, they’d have capped off an easy win.

“We were by far the better team and had the chances to win the game. What went wrong was that we did not take these chances.”

Despite his words, Luis Enrique would be hoping for a bit more bite from his strikers when Spain take on Poland on June 20.