Euro 2020: De Jong out of Euros after sustaining injury during training 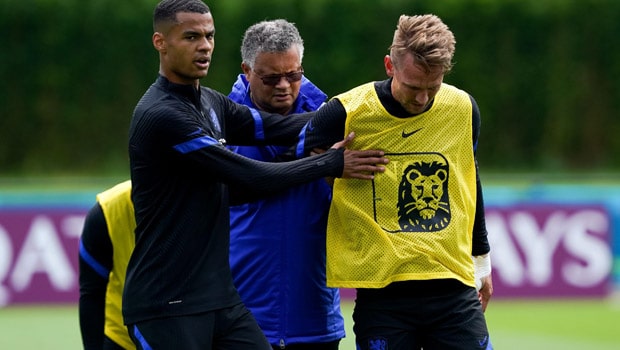 Netherlands striker Luuk de Jong has been ruled out of the European Championship after suffering a knee injury in training on Tuesday.

According to the Dutch football association (KNVB), the result of tests showed that the 30-year-old Sevilla striker injured the inner ligament of the knee, thereby ruling out the remaining games of the tournament.

The Netherlands is part of the teams that won all their group game in the tournament. Therefore, they will play any third-place team in either Group D, E, or F.

The striker has made two brief substitute appearances at the tournament. But his participation in the Euro 2020 ended after sustaining an injury in a tackle with teammate Cody Gakpo during a session that occurred the day after beating North Macedonia in their last group game.

So far, de Jong has made 38 caps for the Orange. According to the UEFA regulations, there won’t be a replacement for him at this tournament stage, except for injured goalkeepers. The development leaves the Dutch squad with 24 players after losing Van de Beek to injury before their first group game.

Their next game is billed for Budapest on Sunday against the Czech Republic, which finished as the runners-up.

The runners-up of their group will play Italy in the first match of the last 16 as well. Another round of 16 clashes will see France battle Switzerland, which also finished as one of the best losers, while England will square up against Germany that finished second in Group F after a 2-2- draw against Hungary in their last game.

Portugal that later held France to a 2-2 draw at Budapest in the other Group F game, will now battle the number one team in the world, Belgium.