England fans have their eyes set on Euro 2020 Trophy 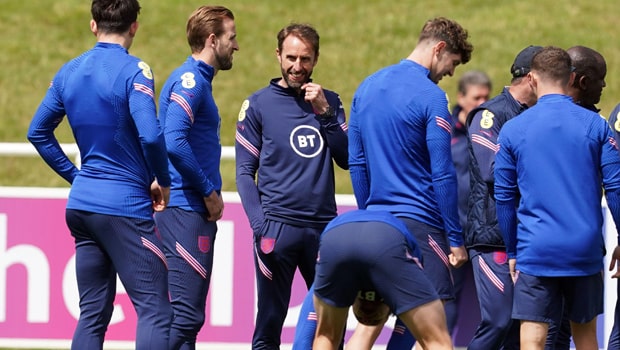 The streets in England are filled with excitement as Wembley prepares to host the second semi-final between England and Denmark. England have been one of the best sides in the tournament and are yet to concede a goal yet. The home advantage will be a massive boost for the players as they bid to reach their first ever final at a European Championship.

England fans are known for their passionate support and blind love towards the Three Lions. Almost 21 million people tuned in to watch England’s quarter final clash against Ukraine, making it the most viewed live TV event of the year. But that record is expected to be broken on Wednesday when England host Denmark.

The phrase “It’s coming home” has been used numerous times already this summer and if England are to reach the finals, opposition fans won’t hear the end of it. Just like millions of fans in England, Prime Minister Boris Johnson is also supporting the Three Lions with immense enthusiasm.

Cars and homes are decked out with St George’s Cross flags and British Prime Minister Boris Johnson has reportedly given the green light for pubs to remain open later on Sunday to prepare for a potential England final. Johnson unveiled a huge England flag on Downing Street before the Ukraine game.

“We’re all behind you for the semi-finals, bring it home,” he tweeted.

British astronaut Tim Peake praised the team for their performance in the quarter-finals, saying: “Bring on the semi-finals!”

One man has covered his house with 64 England flags, with donations going to charity.

“We are on a main road and there are a lot of buses and work people going past and the response has been brilliant,” Lee Johnson told the BBC.

“We get a lot of people beeping and screaming ‘come on the boys’.”

England will enter the semi-final encounter against the Danes as the favourites to reach the final against Italy on Sunday.