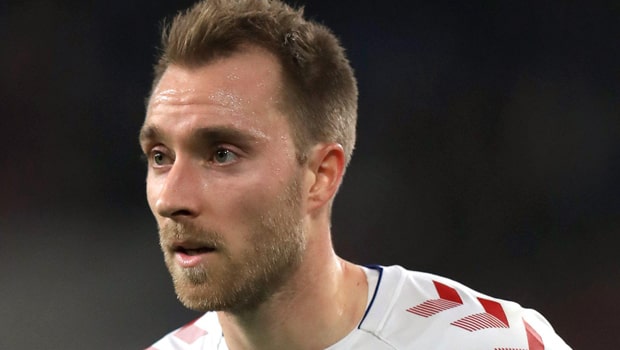 England will pay their respects to Denmark talisman Christian Eriksen before kick off in their semi-final meeting. Harry Kane, who played alongside Eriksen at Tottenham Hotspur, will present a number 10 England shirt to Denmark captain Simon Kjaer before the match starts.

Christian Eriksen spent 6 years at Tottenham and formed a very good relationship with Harry Kane both on and off the pitch. He collapsed in Denmark’s tournament opener against Finland and is lucky to still be alive due to the efforts made by both the medical staff and Simon Kjaer on the pitch.

The British media reports that the England skipper will make a shirt presentation as a token of respect for the creative midfielder who has had a fruitful career and will be considered a Danish legend even if doesn’t step on the football pitch henceforth.

“We were on the coach, before the Croatia game. We saw it on the screens. It’s just good to see him now. There was a picture of him, right?” England full back Kieran Trippier, who was also Eriksen’s team mate at Tottenham, said on the eve of the match.

Wales captain Gareth Bale, who also spent many seasons at Tottenham Hotspur, had also given a number 10 Wales jersey prior to their round of 16 match earlier in the tournament. Football is the most widely watched sport in the world and is known for its competitiveness but such things remind you that there is more to life than just football.

England will face Denmark in the second semi-final at Wembley on Wednesday in a bid to reach their first ever final at a European Championship. Denmark, who start the match as outsiders, will be vying to win their 2nd Euro crown after previously winning it in 1992.