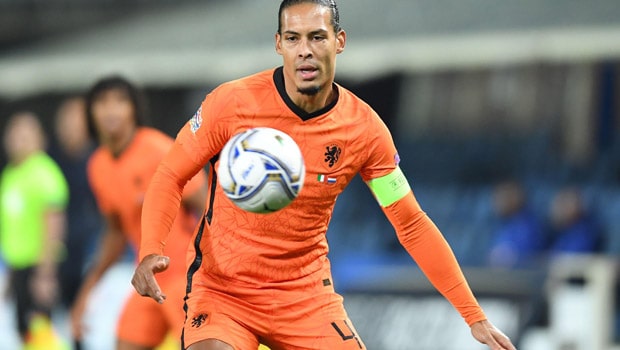 A lot of Dutch players had a season to forget. Gini Wijnaldum went from being a European Cup winner and Premier League winner to a player featuring in a side who earned UCL football on the last day of the season. Frenkie de Jong, the most valuable Dutch player at the moment, failed to win the La Liga title and had a torrid run in the Champions league.

The Dutch captain Virgil van Dijk had the worst season of his career as he suffered a horrible ACL injury just a few games into the season which saw his campaign end prematurely. The Dutch players will have to deal with his absence if they are to put their disappointing club seasons behind them by attaining fruitful returns at the Euros.

Apart from Stefan de Vrij, who won the Serie A with Inter and the contingent of Ajax players who won the double in Netherlands, no one had a season to remember. Although Nathan Ake won the league with Manchester City, his season was curtailed by an injury. Similarly, Donny van de Beek was another promising Dutch player who didn’t get much playing time.

One of the few Dutch senior players who had a memorable club season was Memphis Depay. His exploits with Lyon earned him a place in the Ligue 1 Team of the Season. Daley Blind, another senior statesman in the squad, injured himself 2 months ago.

“We’re working on the assumption he will make it, given the doctors’ prognosis,” De Boer said. “He will do everything he can to make it, but there could be a delay so he’s only fit sometime during the tournament. Let’s hope it’s earlier, that’s the expectation, but you don’t know if there will be a setback.”

Netherlands are placed in Group C and will have to play the likes of Ukraine, North Macedonia and Austria. While the Oranje shouldn’t have much of a problem progressing to the knockout rounds, their performances in the further stages of the tournament will be under scrutiny.