Don Hutchinson believes Scotland will be the underdogs at Euro 2020 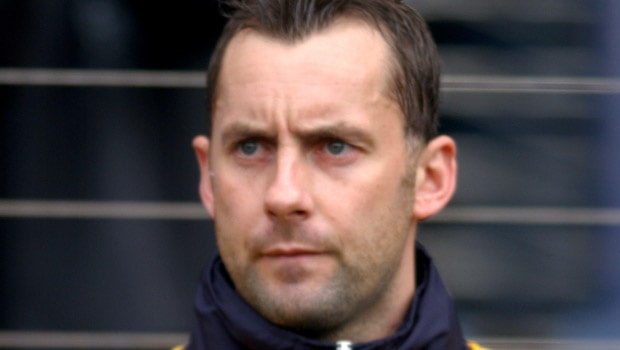 His career spanned over two decades in the sport and included nine clubs in his journey and yet, Scotland legend Don Hutchinson remembers his goal against England most fondly. That goal arrived in 1999 in front of a packed Wembley crowd.

“Scotland absolutely dominated England in the second leg of the European Championship 2000 qualifiers,” Hutchinson remembered that night vividly. “England had a really, really good team. They had some superstars like David Beckham, Paul Scholes, Alan Shearer and Michael Owen. But we gave everything on the night, dominated in every single position. There was only one team which was going to win the game.”

Speaking about his goal, the Scot further added, “It’s the best moment for sure. My dad was born in Scotland. He was very patriotic. Whenever I played football as a kid, I always had pictures of me in the Scotland kit. My dad never missed a game and he was at Wembley. He was quite tough, six foot two, really strong man. That was the first time I had ever seen him close to tears. I say close, because he had a little tear in his eye. He was proud. The winner easily ranks for me the most important goal I have ever scored.”

Scotland will be playing in a major men’s football tournament for the first time in 23 years. Ahead of Euro 2020, Don Hutchinson believes that they are in a tough group and will naturally be ambitious. He also praised the side’s team spirit.

“Scotland are in a tough group and we will be underdogs to qualify. What we have got is an unbelievable team spirit. Steve Clarke has generated that over the last couple of years. He has lot of players playing for Rangers or Celtic, more so many in the Premier League as well. Other countries may have a bigger and better squad but when I look at Scotland’s 11 to sort of 14 to 15 players, Clarke will always have his best side. I am confident Scotland will give anyone a game,” said Hutchinson.

The Scots and the English share a unique and historic rivalry in football and the two countries are set to collide once again during the group stages of Euro 2020. Don Hutchinson is already looking forward to that fixture.

“I was fortunate to get the winner at Wembley and the atmosphere is easily the best I have ever been part of. The national anthems, so much noise, the hair stood on end. Scotland players were singing the national anthem loud and proud. The England clash will be amazing to watch,” he signed off.