Wan-Bissaka Out of England squad

Posted by Iniobong Umoh on September 4, 2019 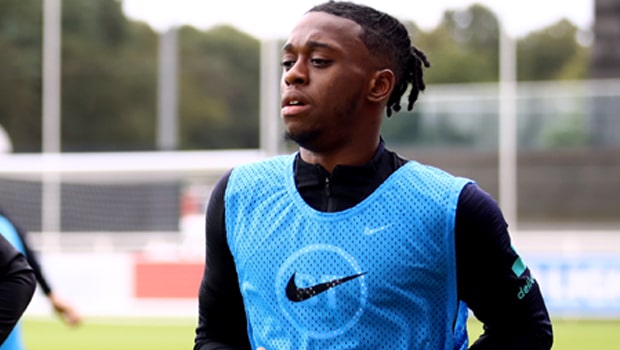 Manchester United’s right-back has pulled out of the three-lion team due to a back injury sustained at training.

Aaron Wan-Bissaka has had an impressive start to the 2019/2020 season and was duly rewarded with a first international call-up by England gaffer Gareth Southgate ahead of the European Championship qualifiers against Bulgaria and Kosovo.

This will be a blow to the 21-year-old who has been waiting to earn a cap for the national side.

First choice right-back Manchester City’s Kyle Walker wasn’t in the squad. Gareth Southgate has explained the motive behind leaving out Kyle walker saying it’s an opportunity to look at the two young defenders referring to both Wan-Bissaka and Trent Alexander-Arnold.

Wan-Bissaka joined Manchester United from fellow premier league rival Crystal Palace, a move that saw the right-back becoming the sixth-most expensive defender of all time and the most expensive uncapped English player.

This will come as a blow to United faithfuls. The player made his Manchester United debut in a 4-0 win over Chelsea. The right-back has started all of United’s Premier League games this season and has been impressive for the Red Devils.

Despite being born in England, the right-back is of Congolese descent. The defender made an appearance for DR Congo U-20s in an 8-0 trashing by England U-20s. The defender was called up to the England U-20s Squad in 2018 and was sent off during his debut against European side, Poland.