Posted by OLADIPUPO MOJEED on September 4, 2019 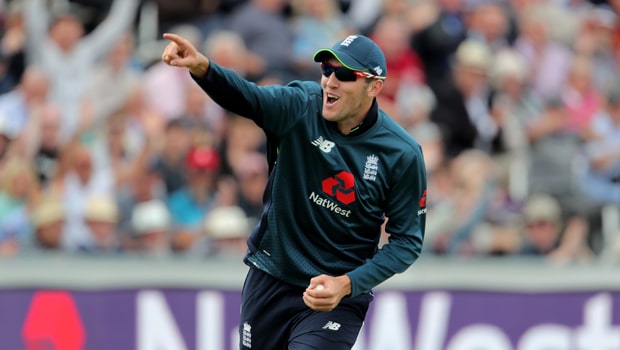 Captain Joe Root has rated Craig Overton high, saying he will show “character and fight” after replacing Chris Woakes for the fourth Ashes Test against Australia which holds at Old Trafford on Wednesday.

The fast bowler got the England call up as a replacement for James Anderson, who is out of the series with a calf injury.

Root stated that the seamer looked a real threat in Australia where he made his Test debut in the 2017-18 Ashes series.  He also dismissed Steve Smith for his first Test wicket telling Test Match Special that ‘Stokes trains harder, eats more and has worst music taste of anyone I know.’

Speaking further on Overton’s exploit in Australia, Root said Overton showed a great amount of character and fought to prove that he’s a real competitor, adding that he is expecting the same this week.

With his most recent appearance in the defeat by New Zealand in Auckland in March 2018, 25-year-old Overton has taken seven wickets at an average of 42.28 in three Tests.

Speaking further, the captain felt Overton, who is 6ft 5in, would be more likely to “exploit the conditions” in Manchester and extract that “extra bit of bounce” from the surface as a Somerset bowler.

Meanwhile, Chris Woakes, an all-rounder has taken nine wickets in the three Ashes Tests in the series and scored 112 runs in five innings. He has also played every match of England’s victorious World Cup campaign.

While noting that it’s hard for Chris to take because he has been a proven performer for the team throughout the summer, Root said he doesn’t see Woakes being dropped, but as someone who tries to find the best way of taking 20 wickets.

Admitting that Woakes made things happen in Australia on unresponsive surfaces, he added that he could be a real handful for England.

In order not to play catch-up again, England has changed their batting order for the fourth Test, after being dismissed for just 67 in the first innings at Headingley before Ben Stokes’ stunning 135 see them chase 359 to win.