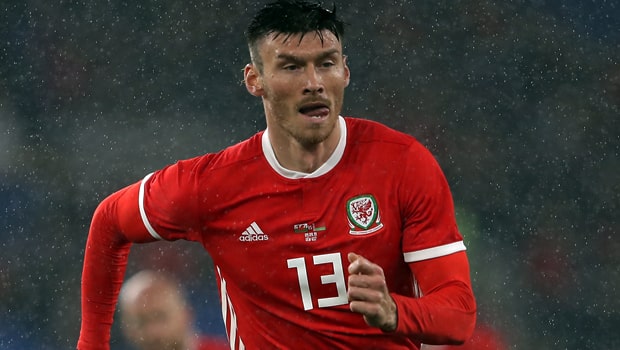 The first fixture during the international break for Wales didn’t go quite as planned, even though salvaging a point on the road in Slovakia is not all bad. The draw meant that Wales will now have to win their game in hand compared to Slovakia, who are currently holding tight to the second place in the group behind Croatia and ahead of Hungary. Wales stood their ground at fourth with the draw.

The game against Slovakia started off well for the visitors with spells of offensive threat. The Dragons played physically and pressed hard, resulting in two yellow cards in the first half, but it also kept Slovakia at bay for the most of the time. Wales went 0-1 ahead on the 25th minute by Kieffer Moore’s first international goal. Daniel James first circled past the Slovakia defense and sent a floating cross in the path of Moore, who then nicked it in with skill and determination. All looked good for the Welsh heading to the break, having held their hosts only to two shots on goal.

Slovaks were relentless, though. In the second half Wales was forced to defensive end constantly and Slovakia took the ball possession 66% to 34%. The visitors managed to keep their hosts away from clear cut chances, but finally had to give in. Jan Kucka sent the home fans into raptures in the 53rd minute after a missed clearance by the Welsh defense and scorched the volley in from the edge of the box. It was a magnificent left footed drive and left Wayne Hennessey with no chance whatsoever.

Having achieved what they needed, Slovakia pulled back a bit and was an all even ballgame for the rest of the night. Slovakia’s Norbert Gyomber was sent off on the 88th minute after two yellows, latter one from elbowing Kieffer Moore in the back of the head, but Wales was unable profit from the man advantage. It was a well-deserved draw for both sides.

Wales continues the road to Euro 2020 on Sunday the 13th, when they’re hosting group leaders and World Cup finalists Croatia. The group is still up for grabs, as Croatia stands at 13 points, Slovakia at 10 and Hungary at nine. Wales still has a game in hand, with Azerbaijan and holds the fourth place with seven points in five games.