The Azzuri Marches on in Euro Qualifiers

Posted by Ayotunde Omolayole on September 11, 2019 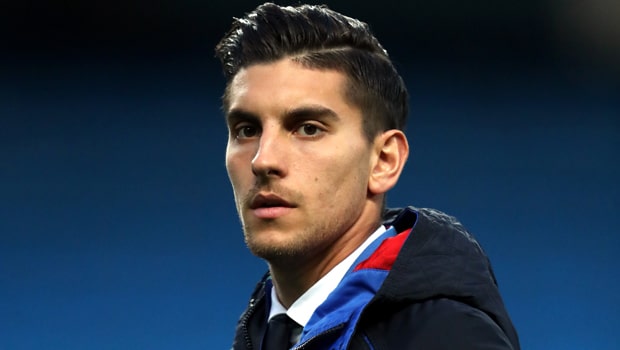 The Italian football national team the Azzurri maintained their impressive 100 % win record in the Euro 2020 qualifiers with away victories over Armenia and Finland.

The games played across matchday 5 and 6 of the Euro qualifiers increased Italy’s lead in Group J to 18 points, six points ahead of their nearest rivals Finland who follow with 12 points.

On matchday 5 played on the 5th of September 2019, the Italians overcame a plucky Armenian side winning 3-1. An early Armenian goal in the 11th minute off a counter scored by Alexander Karapetyan was canceled by Andrea Belotti in the 28th minute, who rifled in from a close range of a lovely Emerson Palmieri cross from the left side.

Italy continued to grow in strength and was duly rewarded in the second half. A.S. Roma midfielder Lorenzo Pellegrini headed the Italians into the lead in the 77th minute. Nodding in off an impressive cross from the right, Italy’s victory was finally assured in the 80th minute with an own goal from Armenian goalkeeper Aram Ayrapetyan who deflected Belotti’s shot into his own net.

Three days later, the Azzurri faced off against a more determined Finnish side that pushed them from beginning until the final moments of the match.

Italy confirmed their favorite’s status by dominating most of the match before taking a deserved lead through SS Lazio top striker Ciro Immobile. This was the Italian striker’s first goal for Italy for almost over a year.

The determined Finns continued to trouble the former world champions and got a lifeline in the 72nd minute when impressive Norwich Striker Teemu Pukki converted a penalty to restore parity with the Italians.

Finnish hearts were however broken in the 79th minute when Chelsea midfielder Jorge Luiz Frello Filho (Jorginho) converted an Italian penalty of their own to seal a 2-1 win their sixth straight victory in Group J.

Italy’s next fixtures to be held in October this year will be a home and away match against Greece and Liechtenstein respectively. Italy coach Roberto Mancini will be hoping his men will maintain their great form and win their next two matches.

This should guarantee their qualification for the Euro 2020 tournament. This will be a remarkable turnaround for the Azzurri, who had recently endured a torrid Russia 2018 world cup qualifying campaign when they failed to qualify for the world cup for the first time in over 60 years.

Should they qualify, which the Italians look on course to achieve, they will be aiming to win their 2nd European title. Italy fans will be hoping they can carry their fantastic qualifying form into the tournament proper and achieve the goal of becoming European Champions once more.

Italy are 1.01 to top their Euro qualifying group