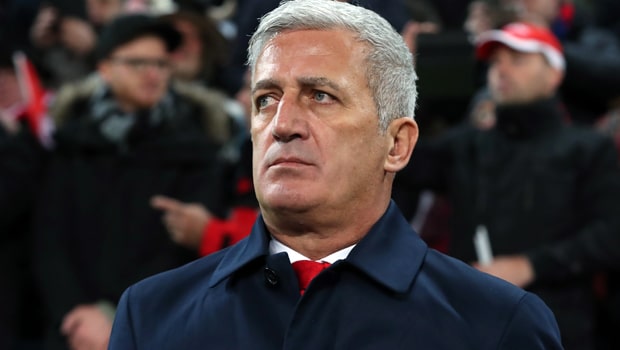 Vladimir Petkovic admitted there was a sense of dejection for Switzerland after they surrendered a three-goal advantage against Denmark – but vowed they are mentally resilient enough to overcome it.

Remo Freuler beat Denmark keeper Kasper Schmeichel with a cool finish to give the hosts a half-time lead in Basel and that was doubled by skipper Granit Xhaka with a fine strike from 20 yards midway through the second half.

It appeared to be curtains for the Danes when Breel Embolo made it 3-0 with less than a quarter of an hour remaining.

However, Mathias Jorgensen nicked a goal back on 84 minutes, while substitute Christian Gytkjaer left the Swiss sweating when he cut the deficit to one goal.

Henrik Dalsgaard then scored an incredible 93rd-minute equaliser to complete a stunning turnaround, one that Petkovic knows was completely avoidable.

“At the end we dropped a little too deep and invited them to play long balls into the box. We were asleep for the first goal. We were naive for the second and the third goal was unnecessary as well,” said the Swiss boss.

“We’re very disappointed but there’s also positivity at how we played for 80 minutes.”

Switzerland, who beat Georgia 2-0 in Tbilisi in their opener, are second with four points in Group D behind early leaders the Republic of Ireland, with the Danes in third, having garnered a welcome point from an unlikely situation in their opening game of the group.

Petkovic says his squad won’t allow the setback against Denmark to undermine their qualifying effort.

“We were careless in those last few moments but we’re pleased with how we played for 80 minutes. We need to focus on the positives.

I don’t think this will have a negative impact on the players – not with our team,” he added.