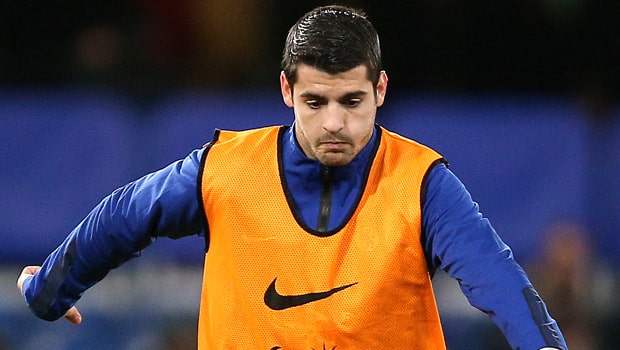 Alvaro Morata dedicated his match-winning double for Spain in Malta to absent boss Luis Enrique as they continued their winning start to the Euro qualifiers.

Morata netted in each half as Spain broke down the stubborn Maltese outfit, adding to Saturday’s hard-earned 2-1 win over Norway on home soil.

It leaves them top of Group F with six points, clear of Sweden on four points after they were denied a victory in the eighth minute of stoppage time in a dramatic 3-3 draw with the Norwegians in Oslo.

Luis Enrique missed his side’s trip Malta on Tuesday due to family reasons, with the Spanish Football Federation asking for “discretion and respect” for Enrique’s privacy before the game.

Captain Sergio Ramos posted a message of support for Enrique on Twitter and insisted they would win the game for the ex-Barcelona boss in his absence, something Morata was delighted to ensure they did.

“Winning here was crucial but we had extra motivation: we wanted to win for our coach [Luis Enrique] – we hope things go as well as possible for him,” said the Atletico Madrid forward.

Morata became only the third player in history to score at least one goal for Spain while playing for four different clubs, having also netted for his country during his time at Juventus, Real Madrid, and Chelsea.

Overcoming an opponent like Malta isn’t straightforward, he said afterwards, while revealing Spain’s goal is to secure their Euro 2020 qualification quickly.

“Football has changed a lot in recent years – it’s become harder to beat teams who close up at the back like this,” Morata added.

“The important thing is to qualify as quickly as we can.” Spain are 7.00 to win Euro 2020 next summer, with world champions France favourites at 4.33 and England next best at 6.00.