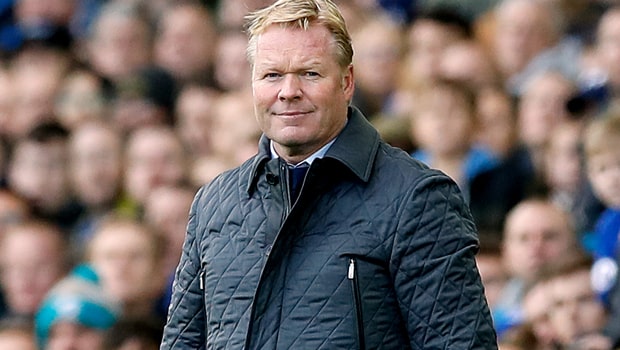 Ronald Koeman enjoyed the Netherlands’ 4-0 win over Belarus in their Euro 2020 qualifying opener, though he warned his players against complacency.

Memphis Depay was the orchestrator-in-chief for the home side in Rotterdam, scoring twice and creating goals for Gini Wijnaldum and Virgil van Dijk in what became a Group C stroll for the Dutch.

Northern Ireland were also opening night winners, overcoming Estonia in Belfast, while Germany will start their campaign on Sunday in Amsterdam. For Koeman it was a pleasing victory but the Dutch coach felt the first half became to laid back after Depay had opening the scoring inside 60 seconds.

“It was an ideal start, scoring in the first minute. I think the players thought they had already won, because our play became too nonchalant. That’s not what I want to see,” he said.

“We had to block a few shots in our own area. The second half was much better, we had more control.”

A blockbuster home clash with Germany is next up in Amsterdam on Sunday evening for the Netherlands. The teams met twice in the Nations League back in the autumn, with the Netherlands comprehensive 3-0 winners on home soil before coming from 0-2 down to snatch a draw in Gelsenkirchen in the return, enough to give them top billing in their group ahead of world champions France.

While the heavyweights are tipped to take the two qualifying spots from Group C, midfielder Marten de Roon says his side remain the underdogs. “For me, the Germans are still the favourites in our group,” said the Atalanta player.

“They have an exceptional team. We played them twice in the Nations League and had a bit of luck on both occasions. But I think most people expect us both to qualify from this group. We have to make sure we don’t disappoint.”