Nordic neighbors push through to Euro 2020 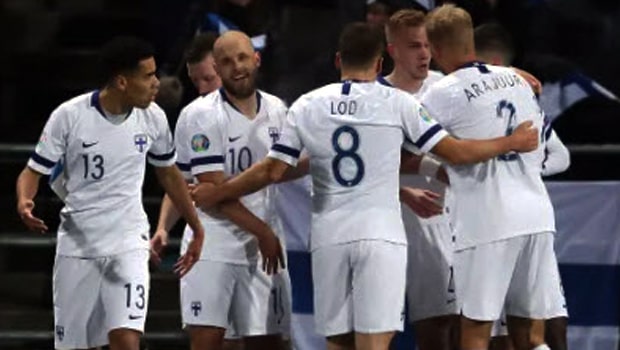 There’s a first time for everything, including sports achievements. Finland’s national football team took altogether 33 tries to qualify for an international event, but they clinched their spot with one game remaining on Friday night in Helsinki. Beating Liechtenstein 3-0 was enough to secure their historical qualification, although due to other results in the group they would’ve done so even if losing. While the Finns were going crazy all over the country, celebrating their feat, neighboring Sweden clinically grabbed their sixth straight qualification to Euro-tournament, by beating Romania on the road 0-2.

Both teams still have a game to go and not much to play for. Finland will travel to Greece on Tuesday and Sweden is hosting minnows Faroe Islands at home. Greece is trying to hold on to their 3rd place in the group, while Faroe Islands is fighting not to fall behind Malta at the bottom of theirs. Qualification games still count towards the UEFA coefficient score, so winning as many games as possible is likely to make things easier in the future.

See Dafabet to bet on all the Euro 2020 qualification games

Finland’s deciding game was very much set before it started, with Liechtenstein only managing two draws from their previous games and Finland winning all but three. It was a pandemonium in the stands of full packed Telia 5G-Arena from the beginning, with thousands more watching all over the city in Helsinki and around the country.

It was not long Finland seemed to take the lead, but it was cancelled due to an offside. Finland put on the pressure and Liechtenstein had to yield in the 21st minute, when Jasse Tuominen got loose and took the hosts ahead. Dafabet sponsored Norwich’ striker and Finnish top-scorer Teemu Pukki then took the reins in the second half. Fist Pukki slotted in a penalty on 64th minute and finished Liechtenstein off with a powerful effort from close range in the 75th minute. There was no question of the winner and the celebrations started right after the final whistle with a pitch invasion from the crowd and chants led by the team.

Sweden’s clinical effort in Romania didn’t include any drama or romance, but they snatched their place with solid display. Marcus Berg headed the visitors 0-1 up at 18th minute and the Swedes never looked back. Robin Quaison added the insurance goal on 34th minute and Romania couldn’t break through Sweden’s rock solid defense.

The Euro 2020 qualifications still rage on until Tuesday the 19th, with Dafabet offering odds to each and every one of the fixtures.