Posted by Ayotunde Omolayole on October 11, 2019 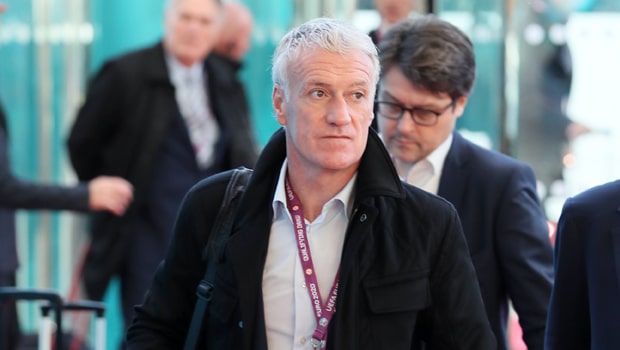 Another round of Euro 2020 qualifiers is upon us. Match Day 7 offers a tasty fixture as Former Euro Champions France travel away to battle Euro 2016 giant-killers Iceland in a Group H clash.

The game is being played on Friday 11th, October 2019 at the 15,000 capacity Laugardalsvollur Stadium in Reykjavik, Iceland. This is the reverse fixture of the first game between both teams played in France on March 25th, 2019 where Les Bleus came out 4-0 winners with goals from Samuel Umtiti, Antoine Griezmann, Paris Saint-Germain star Kylian Mbappe and Olivier Giroud.

The 2016 Euro finalists are going into the match against the Icelanders in a bit of an injury crisis. Captain and first-choice goalkeeper Hugo Lloris is ruled out of the game after breaking his arm. The injury occurred during his club Tottenham Hotspur FC’s league match against Brighton & Hove Albion FC this past weekend.

Manchester United FC duo Paul Pogba and Anthony Martial also miss out on the squad list due to short and long term injuries respectively. Paris Saint-Germain FC star Mbappe has also pulled out of the squad due to injury and has been replaced by Borussia Monchengladbach forward Alassane Plea.

French National Team Coach Didier Deschamps will still be confident of getting a positive away result. France’s head-to-head record against the home side gives the reason for optimism with Les Bleus unbeaten in all ten matches against the Icelandic national team. France who are currently second with 15 points will be seeking their third away win of the euro qualifying campaign when they take to the field on Friday evening. They will hope they can overtake group leaders Turkey who are on top of the group with 15 points too.

Iceland comes into the game as slight underdogs, but head coach Erik Hamren will be backing his players to pull an upset over the former 2000 European Champs. Iceland are currently third in Group H with 12 points despite losing their previous match 4-2 away to Albania. The home side will be looking to bounce back with a win that will leave them level on points with France, boosting their chances of qualifying for their second straight ever euro tournament.

We have to wait and see how well France copes against their tough Nordic hosts when the game kicks off at 7:45 PM.

France are available at 1.52 to win Iceland, while the Icelanders are backed at 6.73 to win the Bleus.