Posted by Olumide Akinnifesi on September 8, 2019 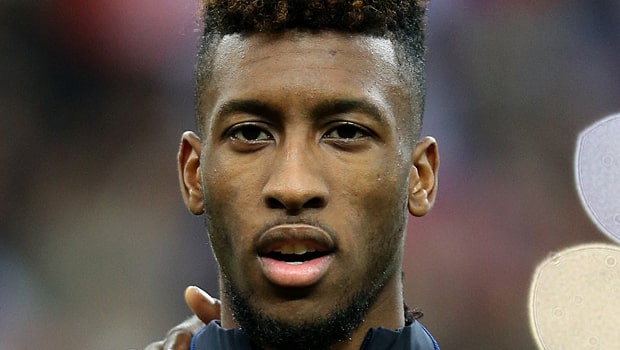 Kingsley Coman scored double as France eased to victory over Albania and advances to the next round of Euro 2020 qualifications. The match ended with a comprehensive 4 – 1 victory over their counterpart, after a mix-up in Albania’s Anthem.

There was confusion among the Albanians as the national anthem for Andorra was played. Andorra is France’s next opponent in Paris on Tuesday. The away fans responded with boos and whistle in the stands as the incorrect anthem was played till the end. The Stadium announcer made things worse by apologizing to ” Armenia.”

The Albania Coaching staff consulted referee Jesus Gil Manzano before the right anthem was played for the kick-off to begin 10 minutes behind schedule.

Antoine Griezmann penalty miss was all that spoilt a dominant display from the World Champions who were without Kylian Mbappe and Paul Pogba in Paris.

Coman’s second international goal got France up and running in the 8th minute, with Olivier Giroud doubling the hosts’ lead before the half-hour mark after a low cross from Lucas Hernandez.

Griezmann failed to convert a penalty in an international game for the first time as the ball cannoned off the crossbar. But atoned for the loss with a mouthwatering assist for Coman to double his tally Midway through the second half.

Jonathan Ikone came on as a substitute and made his mark scoring his debut goal with five minutes remaining on the clock.

Albania grabbed a consolation goal at the 90th minute through Sokol Cikalleshi’s after Tottenham’s goalkeeper Hugo Lloris brought down Taulant Xhaka in the 18-yard area. France now sits on top of the log with goal difference with 12 points together with Turkey and Iceland after five matches.

Didier Deschamps’ men will be looking to secure an early qualification to the 2020 European Championships ny defeating all the group minnows convincingly.

France plays Andorra in their next match on Wednesday at the same venue.

The game between France and Andorra is predicted to be a high scoring one. A total score of 5 or over 5.5 goals is available at 2.02 odds