Posted by Ayotunde Omolayole on September 8, 2019 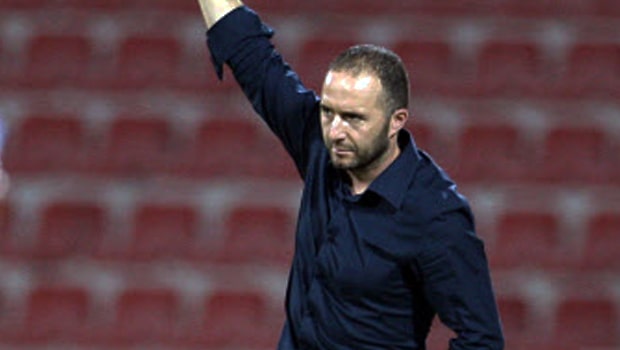 2019 African Cup of Nations winners Algeria are set to play their first match after their triumph when they face off against the Squirrels of Benin Republic.

The match is set to be played in Algeria at the Stade Mustapha Tchaker in Blida. The game will be played on Monday the 9th of September 2019. Kick-off is 9 P.M. Algeria Time.

This will be the 5th meeting in recent times between the two teams with Le Fennecs having the upper hand winning two of the last three matches.

The last match between the two sides was an AFCON 2019 qualifier played in Benin on the 12th of October 2018 when the hosts ran out shock 1-0 winners over their more illustrious opponents.

Algeria, of course since then have recorded more success. Emerging as one of the dark horses at the 2019 AFCON tournament hosted by Egypt the North Africans defied all the odds. The Algerians went on an impressive run defeating tournament favorites Ivory Coast, Nigeria and Senegal (twice!) to secure their second AFCON title after their last triumph at home in 1990.

The West Africans also didn’t do too badly at the AFCON drawing with group F favorites Ghana and Cameroon to qualify for the second round. Their biggest achievement was the shock elimination of tournament odds on favorites Morocco 4-1 on penalties. Even though the Beninese would later lose to eventual Finalists Senegal 1-0 in the quarterfinals.

The Desert Warriors will be looking to stamp their authority as African Champions in front of their passionate home supporters. The North Africans will be looking to Manchester City winger Riyad Mahrez and rejuvenated newly signed AS Monaco striker Islam Slimani to get the goals. Youngster Adam Ounas of Nice and 2019 AFCON best player AC Milan’s Ismael Bennacer will be expected to pull strings in Midfield.

Algeria head coach Djamel Belmadi will be hoping his charges can extend their unbeaten streak stretching all the way from October last year when it was ironically their current opponents who inflicted their last defeat.

Benin will be hoping to spoil the victory homecoming for the Desert Foxes. Benin Coach Michael Dussuyer will be optimistic his charges can claim another famous scalp and build on their burgeoning reputation as African giant killers.