Posted by Olumide Akinnifesi on November 16, 2019 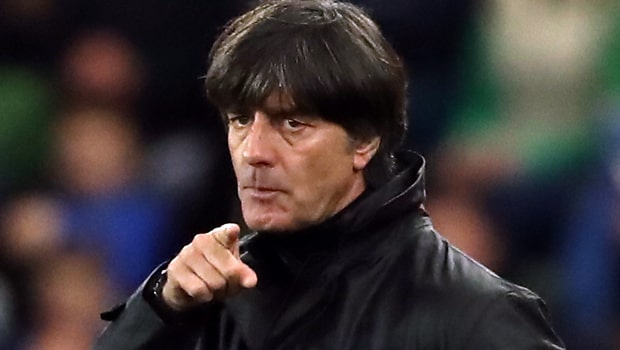 The international break is upon us once again as we take a break from club footballing activities. We take a look at the European Qualifying match between Germany and Belarus coming up this weekend.

Germany is level on points with the Netherlands as the battle to finish top of the group becomes hotter. After the Germans defeated Estonia 3-0 with ten men on the field after midfielder Emre Can was sent off back in October, they will be looking to book their place at the Euro tournament set to hold next year. In fact, with the threat posed by the Netherlands in topping the log, Joachim Low’s men have no option than to use their full team strength to face a “ weak” Belarusian side.

Germany is a force to be reckoned with on their home soil, and they will be looking forward to getting the three vital points against Belarus. The visitors have nothing to play for in their last group game, which is a salient reason why they will get the three points. To add to this fact, the Germans hold a 100% unbeaten record against Belarus and even won the reverse fixture despite being on the road taken all these into consideration, nothing will stop the Germans from getting a home victory this weekend.

The previous fixture between this two ended in a 2-0 win in favour of the Germans
Belarus has failed to keep a clean sheet against the germans in the past two decades.
The Germans have scored twice or more in every match.

Germany will be without Emre Can in midfield after he was sent off in the reverse fixture. Though it is expected that Low will stick with the partnership of Mats Hummels and Jerome Boateng at the heart of the defence. Belarus, on the other hand, have little or no injury on their team. As we look forward to seeing the same side in the reverse fixture.