Posted by Ayotunde Omolayole on November 16, 2019 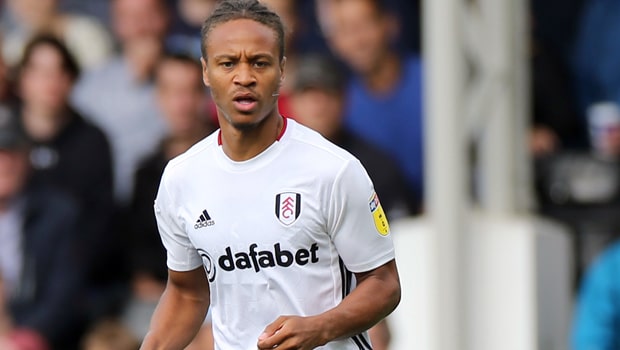 Fulham FC striker Bobby Armani Decordova-Reid has cut the look of a frustrated figure these past few weeks. The former Bristol City FC player has found himself outside of the starting XI of the Cottagers for a few weeks now.

Since his loan move from fellow English Championship League side Cardiff City FC the Jamaican international has struggled to make an impact at Craven Cottage. Bobby Reid has failed to score a single goal for the West Londoners despite making 15 appearances.

This will be of some concern for Manager Scott Parker, who has had to be reliant on club top goal scorer Aleksandar Mitrovic. The Serbian has so far netted 12 goals this season for the Cottagers about 50 % of Fulham’s league goals this season.

Coach Parker would be wary of losing his star forward, whose goals have propelled his team to 7th on the table one spot of the playoff places. Bobby Reid will be looked at as one of those to carry the club’s goal-scoring burden should anything happen to the big Serbian.

Following after a quality act like Mitrovic is always a hard task, but Bobby Reid will have to find a way to regain his form and starting delivering for the Lily Whites. The 26-year-old is no stranger to English Championship football, having featured for second-tier side Bristol City, where he scored a total of 26 goals in 135 appearances.

His most prolific period being the 2017-2018 season, in which he scored an impressive 19 goals in 46 games — added to his brief stint in the English Premier League with Cardiff City, where he scored five goals in 27 matches. It was a no brainer bringing a player of such quality and experience to be a strike partner or backup to Mitrovic. Unfortunately, it hasn’t quite panned out for Reid, who will be desperate to rediscover his goal-scoring form.

However, it seems Coach Parker, who himself is under pressure, is fast running out of patience for his Jamaican striker, who has only played a full 90 minutes once in Fulham’s last 5 fixtures. Bobby Reid is fast running out of time and will be hoping he can start repaying the manager’s faith in him when the Cottagers face off against Queens Park Rangers FC in their next fixture.