Posted by Olumide Akinnifesi on September 9, 2019 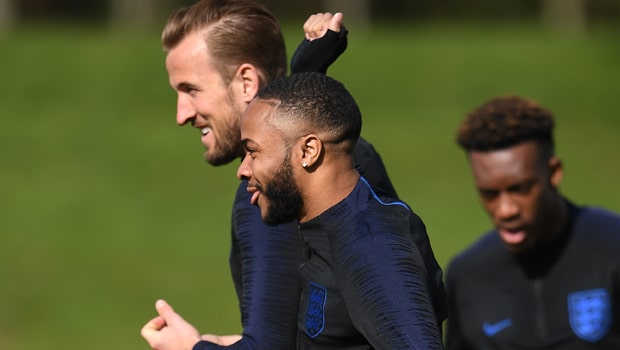 England round-off their international break with a home match against Kosovo on Tuesday, their second fixture within three days.

The Three Lions were dominant in their display against Bulgaria at the Wembley Stadium in the Euro 2020 qualifications. Harry Kane and Raheem Sterling scoring against Bulgaria – with the former getting a hat-trick- to be in the driving seat in Group A.

On the other hand, Kosovo pulled a surprise to defeat the Czech Republic 2 -1. This win propelled them to stay second on the log and keep their unbeaten status intact.

Aaron Wan-Bissaka pulled out of the Three Lions squad before the victory over Bulgaria. The right-back has returned to Manchester United to receive treatment following a back injury. Also, his teammate Jesse Lingard has returned to the club after suffering from illness.

On the other side, the visitors have nothing to worry about as they have no players on suspension or injury ahead of the encounter at the south coast.

This will be the first time both teams will clash with FIFA giving recognition to Kosovo in January 2014 after years of campaigns from the Balkan country. Before that, FIFA has denied them permission to play friendlies with other registered countries.

Admission to UEFA took a year and eight months for them to secure, making this their first-ever European championship qualifier. They were finally permitted by FIFA to be a member.

It seems like a home win for England. The Three Lions are flying high and will look to add this win to their ranks come Tuesday.

Though, looking at the form of the opposition, Kosovo will put up a fight better than the previous opponent (Bulgaria) as they continue to find their feet in international games

However, they lack the experience which the Three Lions have at the highest level, and this should be the cutting edge between them.

The total goals scored in the match between England and Kosovo is priced at 1.85 to finish at over 3 or 3.5 goals.