Azzurri seek to continue 100% record as they face Greece

Posted by Ayotunde Omolayole on October 12, 2019 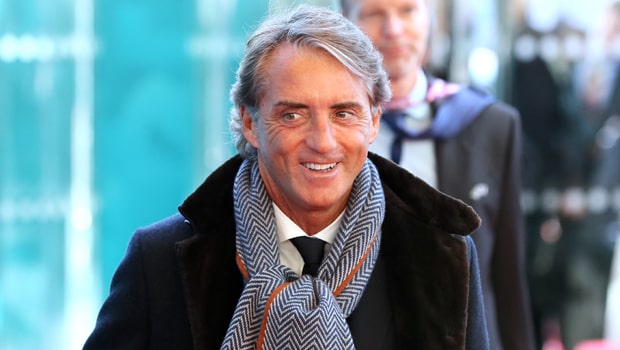 The Italian national team will be looking to maintain their 100% record when they face the Greek national team in a Group J match of the Euro 2020 qualifying campaign. The game will be played on Saturday, October 12th at the Stadio Olimpico located in Rome the Italian Capital City.

Italy will be aiming to make it 7 wins from 7 matches when the Azzurri take to the field on Saturday. Italy has been in an electric form so far in the euro qualifiers taking a maximum of 18 points from 6 played. They have been domineering in all their matches, scoring an impressive 18 goals while conceding only 3 goals two of which from open play.

The Azzurri can adduce much of their good form to current Head Coach Roberto Mancini. The Former Manchester City FC manager has dramatically changed the trajectory of the Italian national team from that of an aging spent force, to a rejuvenated side bursting with youth and tempered experience that has fared so well for them during this qualifying campaign.

Admittedly the teams they have faced in their group might not be the top echelon of European football, but still, it’s been pretty impressive to see how the Italians have gone about their business with minimal stress.

Old stalwart Juventus FC’s Leonardo Bonucci has captained the side admirably. He has led the backline in keeping out opposing team’s attacking threats, ensuring Italy boasts one of the best defences in the entire qualifying campaign.

In front Ciro Immobile, Andrea Belotti and Lorenzo Insigne have been ruthless in dispatching chances that come their way. Midfielders Jorge Luiz Frello Filho (Jorginho) and Nicolo Zaniolo have been imperious for the Azzurri contributing their own fair share of goals.

It will take a brave man betting against them not adding to their tally when they face a hapless Greek side currently second bottom in Group J with 5 points.

Greece comes to the eternal city on an awful run having lost 3 of their last 5 matches in the qualifiers. Greece Head Coach Johannes Nicolaas Van’t Schip will be hard-pressed on how his side can get a result against a bullish Italian team.

Italy are favourites to maintain their 100% record when the match gets underway on Saturday evening at 7:45 PM.

Italy are available at 1.18 to win Greece, while Greece are backed at 15.39 to win the Azzuris.