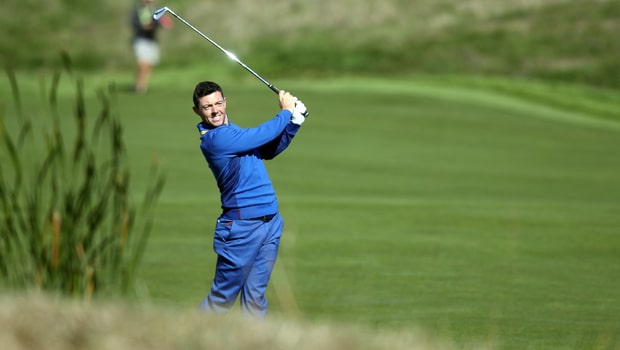 Rory McIlroy believes paying attention to the small details is the key to achieving big goals in his golfing career.

The four-time major champion could return to the top of the world rankings with a win at the WGC-Matchplay in Texas this week, but says his primary focus is on defeating Luke List in his opening match on Wednesday.

McIlroy heads into the event refreshed after taking a week off following his success in The Players Championship at Sawgrass. With seven matches standing between himself and victory in Austin, he knows that taking one step at a time is going to be vital.

His recent record on day one of this event is poor and that is where he wants to start as he prepares to go up against List, Justin Harding and Matt Fitzpatrick in Group 4.

“The big thing is winning my first match,” McIlroy said. “I haven’t been able to do that the last couple of years, win my match on Wednesday. So that’s the first step in the process. If I win seven matches this week, that would be awesome, but we’ll see what happens.

McIlroy is 1.70 to win Group 4, while he’s 11.00 favourite to win the WGC-Matchplay for the second time in his career.

The Masters is also fast approaching, the only major that has so far eluded him after several near-misses, and McIlroy has a new mindset ahead of Augusta National next month, too.

“I think there’s a difference between a personal desire and a need, and I think I’ve separated those two,” he said.

“I would have said a couple of years ago, ‘I need to win a Masters. I need a Green Jacket’. But now it’s, ‘I want to. I want to win it. And I’d love to win it’, but if I don’t then I’m okay with that. And I think that is the difference.”