Deschamps ready to go ‘all out’ for German win 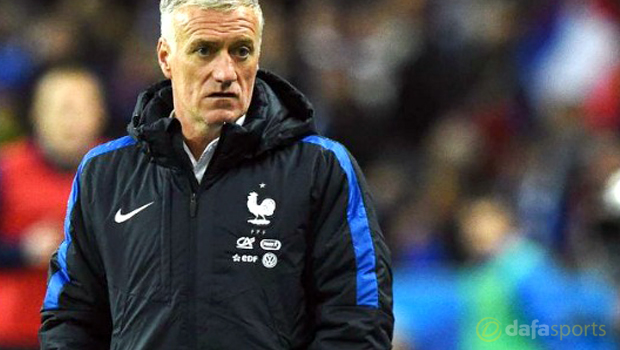 French coach Didier Deschamps says his side will go ‘all out’ for victory when they face world champions Germany in the Euro 2016 semi-finals on Thursday.

Les Bleus continued on their path to another tournament success on home soil with a convincing 5-2 win over plucky Iceland at the Stade de France on Sunday evening.

Deschamps knows that facing the Germans will be a completely different test for his team in Marseille but he expects a real heavyweight tussle.

“It’ll be another great fixture but it won’t be a stroll in the park for them, we’ll going to all out for it,” he told reporters. “We’re playing in France but everything is possible. We really have to go all out for it.”

Olivier Giroud fired a brace against Iceland along with goals from Paul Pogba, Dimitri Payet and Antoine Griezmann as France positioned themselves as the leading scorers in the tournament so far.

Deschamps felt Germany had survived a scare in their last-eight meeting with Italy but he admits they have been in control for much of their journey to date. He feels his own team have improved as the tournament has gone on.

“I’m not going to put any pressure on Joachim Low. We’re playing better, in the second half against Ireland and [against Iceland],” added Deschamps.

“Germany are Germany, the best side in Europe and indeed the world, of course. “In this competition although they had a scare against Italy, they’ve been in control in their games.”