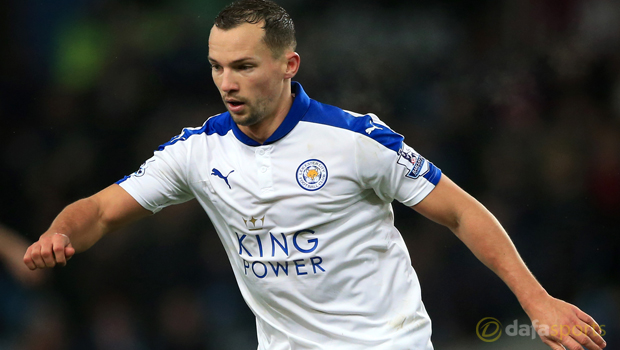 Drinkwater has played a key role in helping Leicester to the top of the Premier League table this season with some controlling midfield displays.

The Foxes currently lead the way ahead of second-placed Tottenham by five points with 13 games left to go and Drinkwater has earned rave reviews for his performances.

Leicester team-mate Jamie Vardy has already fought his way into the England set-up this season as he sits atop the goalscoring charts in the Premier League.

However, Taylor, who managed Leicester from 2000 until 2001, believes that Drinkwater also deserves the privilege of a call-up, and potentially even a spot at Euro 2016.

The 25-year-old is yet to make his debut for the Three Lions senior side, having previously earned caps at under-18 and under-19 level.

Roy Hodgson will have the chance to assess his options when England, who are priced at 11.00 to win Euro 2016 outright, take on Germany and Holland in friendlies on March 26 and 29 respectively.

Taylor believes Hodgson would be wrong not to take a proper look at Drinkwater, who he believes is a certainty for the travelling squad next summer.

He said: “He is a very, very good player and at the end of the season if you have got good players that have still got good energy, which I’m sure that boy will have, then he has got to be a contender.

“He makes the squad for me at the moment. He has got more than just legs and good work ethic.”