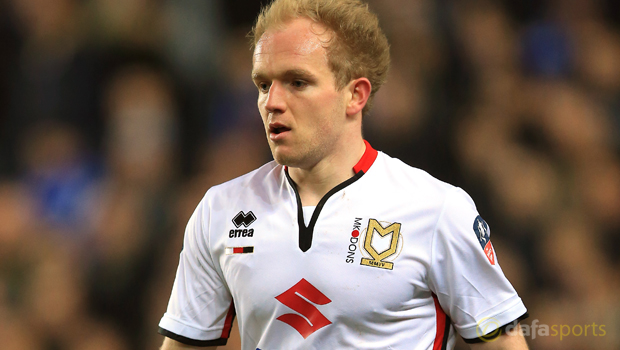 Crystal Palace midfielder Jonathan Williams has admitted that he opted to join MK Dons on-loan in order to try and secure a place for Wales at Euro 2016.

Williams is a product of the Palace youth academy and has made 55 appearances for the senior side since earning his debut in 2011.

However, under a succession of managers Williams has found it hard to secure a regular starting spot with most of his outings coming from the bench.

The midfielder has subsequently spent time out on loan with Ipswich on three separate occasions, while he joined Nottingham Forest for the first half of this term and featured 10 times.

The 22-year-old has only turned out once for Palace in 2015-16 and he decided to return to the Championship with MK Dons prior to the close of the January transfer window.

The Wales international, who has nine caps for his country, is hoping to get as much game time as possible between now and the end of the campaign as he looks to secure a place at Euro 2016.

He insists that he is fully committed to helping MK Dons remain in the second tier as they battle relegation, but hopes his performances can also catch the eye of Wales boss Chris Coleman.

“The main aim this season is to keep MK Dons in the league,” he said. “If we manage to do that and I play well then hopefully I’ll get into the Wales squad.

“It’s one of those things that might only come around once in a lifetime.

“To be part of the squad that got there was amazing and I’m looking forward now to hopefully going to France, and the only way to do that is to play well and stay fit.

“I worked hard to get fit to play a part in the qualifying campaign and it would be great to be involved in the finals.”

Wales can be backed at 2.30 to win their opening Group B match when they host Slovakia, who are priced 2.88 to take the victory, while the draw is available at 3.10.