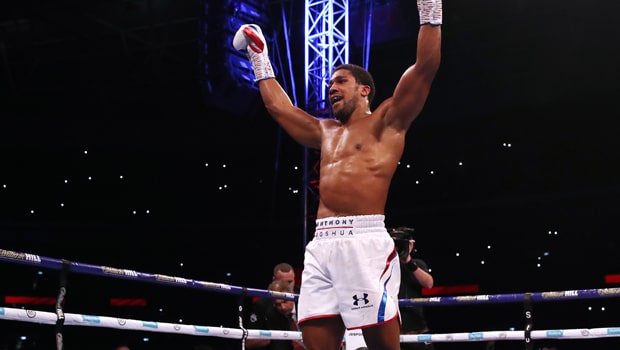 The Londoner has three of the four heavyweight belts at present but has yet to finalise a fight with Wilder.

For now, his attention is on the hard-hitting Jarrell Miller, with the pair set to meet in New York on June 1.

Wilder faces Dominic Breazeale on May 18, while Usyk makes his heavyweight debut a week later against the durable Carlos Takam.

Fellow Brit Tyson Fury is in action in Las Vegas a week later at the MGM Grand and the heavyweight scene is buzzing at present.

Joshua is now starting to map out his next few fights and the 2012 Olympic champion believes he can line up Wilder and then Usyk after beating Miller.

He told Sky Sports News: “It’s really good because we’ve got me and Miller, Wilder vs Breazeale, Fury vs (Tom) Schwarz, Dillian Whyte is going to do something, Usyk vs Takam. “The heavyweight division is alive. It is booming.

“I’ve done the [Joseph] Parker fight, I fought for that [WBO] title. I’ve fought (Alexander) Povetkin, now I’ve got to do Miller and I just need to get past this one.