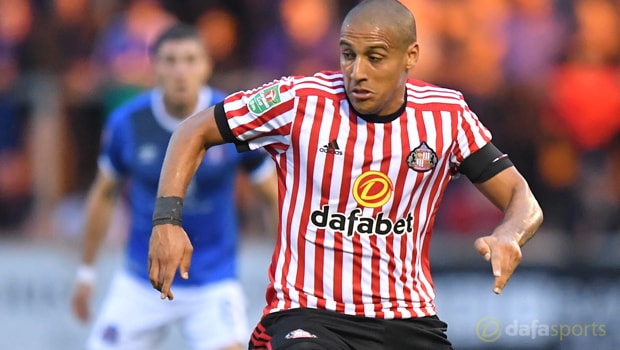 Wahbi Khazri has hinted he could stay at Sunderland despite recently admitting that he wants to leave the club.

The Tunisian has struggled for consistency since joining from Bordeaux in January 2016, with his flashes of brilliance often being overshadowed by indifferent contributions.

Rumours of a potential exit have repeatedly followed the 26-year-old and the fans reacted to his latest admission by booing him on to the field on Saturday against Barnsley.

However, with the end of the transfer window drawing ever nearer, a move away is growing increasingly unlikely for Khazri.

Sunderland have enjoyed a tough start to life in the Championship, taking only five points from as many games, and are now 7.50 to be promoted and 67.00 to win the division outright.

Having a fit and firing Khazri around could prove hugely valuable to Simon Grayson and the player himself has now insisted he is committed to the club.

The former Bastia man has taken to Instagram to assure fans of his loyalty, suggesting he is happy to continue giving his all for the cause at the Stadium of Light.

Khazri wrote: “Since my arrival in Sunderland, I am proud to wear the colors [sic] of the jersey.

“It is true that during my last interview I expressed my desire to leave, because following my year past that as you all know, was very difficult for me and for the club.

“I wanted to said [sic] that it remains a difficult choice for me because I like to be a Sunderland [player] contrary to what has been said about me, I am far from being demotivated and I would always fight for my team.”