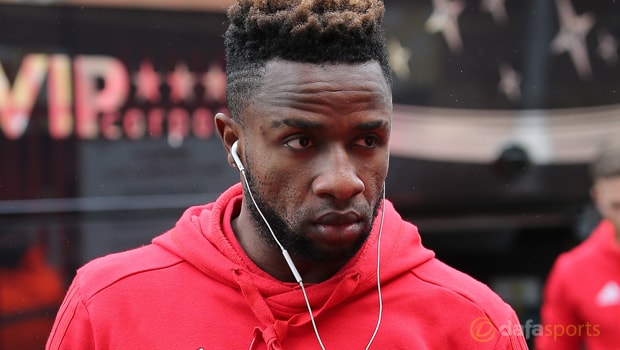 Sunderland striker Kazenga LuaLua is hoping his injury problems are finally behind him as he tries to help his side avoid the drop from the Championship.

The Black Cats remain bottom of the table after picking up just 28 points from 38 matches.

Chris Coleman’s men are six points from safety with just eight games to go but LuaLua is hoping to make a difference.

The 27-year-old has been plagued by an ankle injury since joining from Brighton in January, making just four appearances as a substitute.

LuaLua can play as a striker or winger and he insists he wants to do everything to help the club improve their current position.

He told the Chronicle: “I hope I can put a run together now, fingers crossed. It has been really hard for me since I came here, I’ve had ankle issues.

But I’ve trained for a few days now and feel fine after the Preston game, so hopefully I can stay fit until the end of the season now.

“It is the manager’s choice and wherever he puts you, you play, I’m happy to do it.

I’ve not played there too many times, I was always a winger at Brighton but wherever the manager puts me I’ll do a job for the team.”

Sunderland are next in action on Friday March 30 against Derby before a home clash with Sheffield Wednesday.

They then face Leeds United, Norwich City and fellow relegation candidates Reading but they will need to pick up several wins in the coming weeks to have any chance of survival.