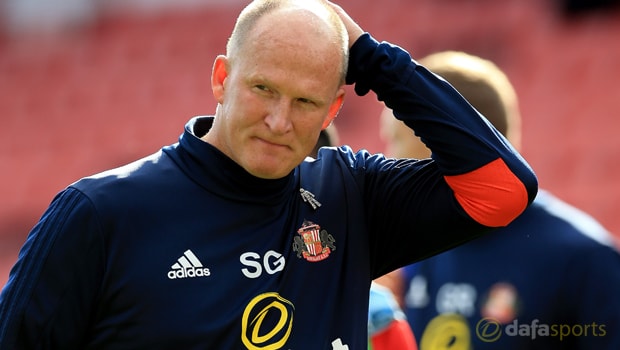 Sunderland manager Simon Grayson admits he is “reluctant” to allow some of his Under-23 players to leave on loan this season.

Grayson took charge of the north east outfit over the summer and has been tasked with the job of guiding Sunderland, who are priced at 34.00 to win the Championship title, straight back into the Premier League.

The 47-year-old has added the likes of James Vaughan, Jason Steele, Aiden McGeady, Brendan Galloway, Tyias Browning and Lewis Grabban to his squad, however he admits he could still be a little short of options.

The former Leeds boss has promised to hand opportunities to his youngsters this season, having already seen George Honeyman and Lynden Gooch break into the first team over the last few years.

Academy products Elliot Embleton and Joel Asoro are also on the fringes of the senior side although it is uncertain how much game time they will earn.

A number of the club’s youngsters are understood to be attracting interest in the loan market, but Grayson admits he does not want to be left short.

Grayson said: “At this moment in time, quite a lot of the Under-23s are in my thoughts, training with us, and some of them are in the first-team squad travelling to games.

“I’d be quite reluctant to let a few of them out.

It’s a balancing act because it’s good for their development if they are playing first-team football elsewhere, but we don’t want to leave ourselves short.”