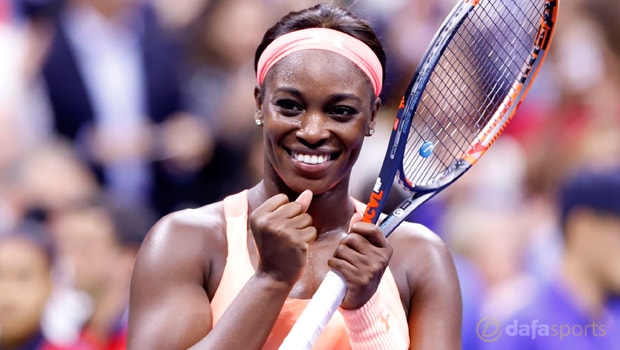 American Sloane Stephens says she is hoping her US Open triumph is not the last in her career after admitting the massive prize money is a big incentive.

Stephens was unseeded for the final Grand Slam of the season but she managed to overcome the odds to triumph in one of the ‘big four’ events for the first time in her career.

The 24-year-old defeated compatriot Madison Keys 6-3 6-0 in the final at Flushing Meadows, needing just one hour to hammer her opponent, and the performance capped out a remarkable story.

Florida’s star, who was ranked as low as 957th six weeks ago, only returned to action at Wimbledon after missing the season with a stress fracture in her foot.

Stephens’ sensational victory has well and truly put her back on the map and she becomes only the fifth unseeded woman to win a major title in the Open era.

The American, now ranked 83rd in the world, was asked whether she wants more Grand Slam glory and she revealed experiencing this feeling is something she wants again.

Stephens said in her post-match press conference: “Of course, girl, did you see that cheque that that lady handed me?! Yes! If that doesn’t make you wanna play tennis, I don’t know what will.

So, yes, definitely!” The USA will take on Belarus in the Fed Cup final from November 11-12 in Minsk and Stephens will be hoping her US Open victory is enough to earn a place in the squad.

Kathy Rinaldi’s side are 1.67 favourites to lift the trophy for an 18th time, and for the first time since 2000, whilst their opponents are priced at 2.10.