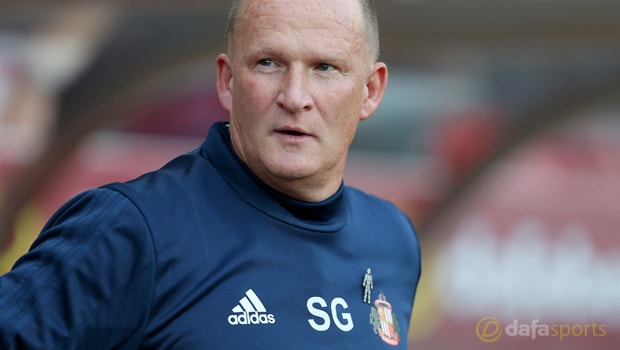 Sunderland manager Simon Grayson admits that his squad must improve the level of their performances and hopes to see that come to fruition over the next week.

The 47-year-old agreed to take charge of the Black Cats over the summer in the hope of winning an immediate return to the Premier League. The early stages of his tenure haven’t gone to plan and they sit just one place off the foot of the table after 13 fixtures.

Grayson has only led his team to one Championship victory so far this term, having beaten Norwich in August, while they are currently on a run of 10 games without a win in all competitions.

Sunderland, who can be backed at 3.60 to be relegated, looked on course to pick up a much-needed win last time out after opening up a first half 3-1 lead at Brentford, but they failed to hold out and had to settle for a share of the points in a 3-3 draw.

The Black Cats face an in-form Bristol City on home soil on Saturday before hosting rock-bottom Bolton on Tuesday and Grayson is desperate to see them pick up some positive results.

“Frustrating is the word we would all use because I keep saying I see them on a daily basis and I don’t think we’re a million miles away from turning the corner,” Grayson said.

“I think Saturday was some real good stuff at times and some average stuff that we know we have to improve.

“We need to put together a performance over the course of 90 minutes to give us the opportunity to win a game.

Let’s hope that starts at the weekend.” “When you lose games it’s a difficult cycle to break.

We’ve got to get over that hurdle and do what’s required to win on Saturday. That will give us more confidence and belief going into the Bolton game.

“I think we’re going into the game with a reasonable confidence, the performances have been encouraging. Obviously we’ve got to do what’s required to win a game.”