Toto Wolff: Mercedes still have work to do 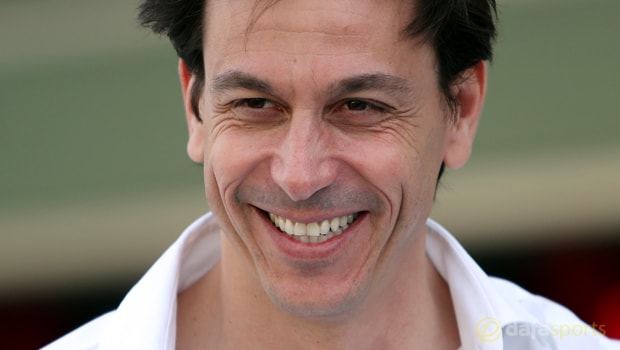 Mercedes chief Toto Wolff has urged the team to keep their foot on the gas in the final few races as they look to ensure Lewis Hamilton claims the world title.

Mercedes wrapped up their fourth successive Constructors title after the recent outing in Texas, which saw Hamilton, who can be backed at 1.80 to win the Mexico GP, take the chequered flag, while team-mate Valtteri Bottas finished fifth.

The Brackley-based outfit boast a total of nine race victories this season and have amassed 575 points with their closest rivals Ferrari sitting 147 adrift.

Despite having wrapped up one title last weekend Wolff has stressed the importance of keeping their focus as they look to help Hamilton over the line for his fourth world title.

The Brit currently sits 66 points ahead of Sebastian Vettel with three races remaining and looks almost certain to end the season with the individual accolade.

Wolff said: “Although the Constructors’ title is now secure, we are only halfway to hitting our objectives for the season.

“When we set our targets at the start of the year, it was to become the only team to win both championships across a major regulation change.

“We now have to complete that job with Lewis, who is in the best possible position with three races remaining.

“We know that anything can happen in this sport, and that the tables can be turned on you very quickly.

“So there will be no let off in our vigilance and attention to detail in these final rounds. We will be racing to win.”