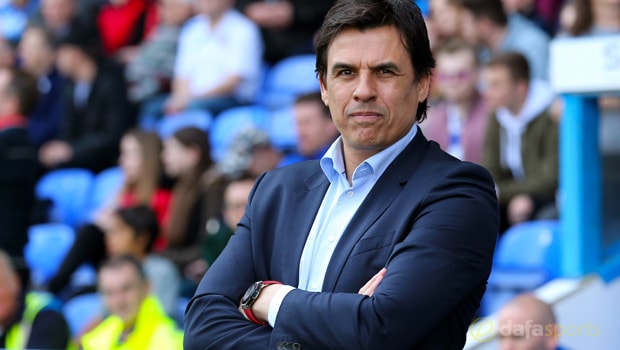 Sunderland have their ‘last chance’ to avoid relegation to League One when they host Burton Albion on Saturday, according to manager Chris Coleman.

The Black Cats are bottom of the Championship table, six points from safety, with only three games of the season remaining.

Burton come to the Stadium of Light with just one point to spare on Sunderland, so both clubs will be treating it as a must-win clash. Former Wales boss Coleman admits there is just a ‘glimmer of hope’ for his troops as the club desperately looks to stave off back-to-back relegations.

“We have to give everything and hope and pray we get a bit of Lady Luck,” he told the BBC. “The fact there is still a glimmer of hope, an outside chance, is maybe a miracle in itself.”

Sunderland have managed only six wins in 43 Championship outings so far this term, with only one of those wins arriving in their most recent 15 attempts.

Either Burton or Sunderland will go down if other results go against them on Saturday – while a draw at the Stadium of Light would be enough for both to be relegated if Bolton and Birmingham both win at home to Wolves and Sheffield United respectively.

According to Coleman, few outside of Wearside will be giving his team a chance of survival now.

“With three games to go, nobody is going to back us to get out of it,” he added.

“If I am talking to you on Saturday evening with three points in it and two games to play then we are still in the fight.

“There is a possibility of that and we have to hold on to that and hope for that with everything we have got.” Sunderland are 1.85 to defeat Burton, who are 4.20 while the draw is 3.50.