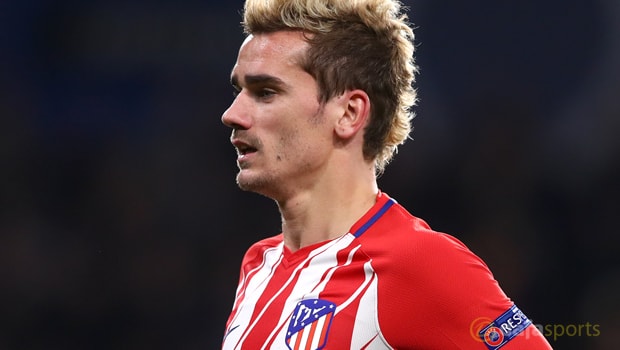 Diego Simeone insists he remains hopeful that striker Antoine Griezmann will still be at Atletico Madrid next season.

Simeone, whose side face Arsenal in the Europa League semi-finals later this month, suggests a strong finish to the season will help convince the French international to stay in the Spanish capital.

Barcelona have emerged as favourites to sign him at the end of this season, according to reports, while there has also been consistent reports linking Griezmann with a move to England – where Manchester United are amongst the admirers.

The buy-out clause in his contract drops from €200m to €100m this summer but Simeone isn’t about to allow him walk away from the Wanda Metropolitano.

Griezmann has scored 19 goals and added eight assists in 28 La Liga appearances this season, and Simeone knows his importance to Atletico.

“I hope that he can see in our training sessions that this is a team who will keep growing and continue to improve, the best thing for a player is to see he is growing alongside the team,” said the coach.

“So, if we end this season fighting for La Liga until the end of the season with Barcelona and get into the Europa League final, it will be a strong season for us.

“That will count in his decision, for sure. We have to give him our all as a team and give him the motivation he needs so that when it’s time for a decision, he opts to stay with us.”

Atletico are 2.10 favourites to win the Europa League, with semi-final opponents Arsenal currently 4.00 to lift the trophy.