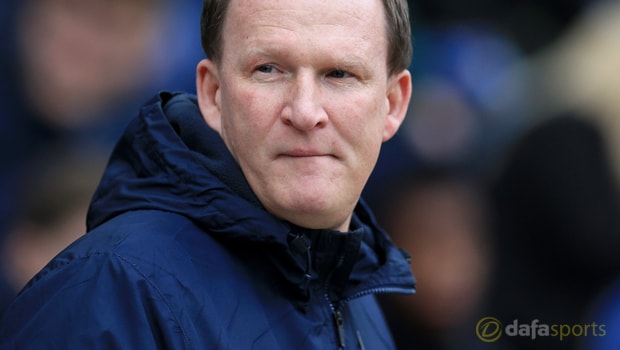 Jordan Pickford has backed Simon Grayson as the man to take former club Sunderland back up to the Premier League.

The goalkeeper was one of the few Black Cats players to emerge from their relegation from the Premier League with any credit and has been rewarded with a lucrative move to Everton.

Before breaking into the first team, Pickford spent time on loan at a number of clubs, with one of those being Preston, whom Grayson was in charge of.

The 47-year-old spent the last four years at Deepdale but has now been handed the task of reinvigorating the Wearsiders, having finally been relegated from the top flight following years of gradual decline.

Losing Pickford will certainly hinder their chances but the £30m generated from his transfer will give Grayson plenty of funds to spend.

The 23-year-old believes the new boss is the perfect man to oversee the return of success to the Stadium of Light, insisting he will be “great for the club”.

“I went to Preston on loan under Simon Grayson to try and become the best ‘keeper I can be,” he said.

“It was a massive help for me and when I saw the appointment I was over the moon for the club.

“He’s a great man-manager and the fans have really taken to him. He plays a good style of football and I think he’s exactly what Sunderland needed. He’ll be great for the club.”

Sunderland are currently 15.00 to win the Championship, with Aston Villa rated as the 8.00 favourites, while Middlesbrough are priced at 8.50 and both Norwich and Fulham are 10.00.