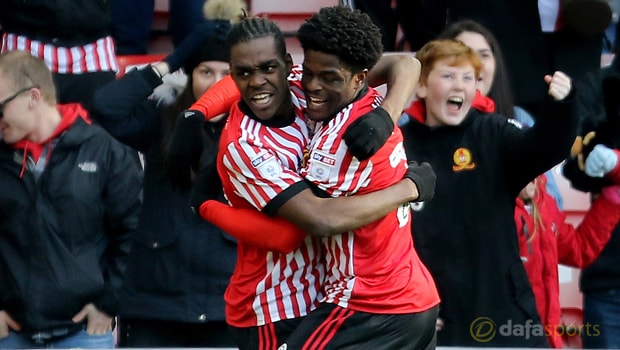 Joel Asoro believes the fighting spirit Sunderland showed to salvage a 3-3 draw with Middlesbrough on Saturday will stand them in good stead for the remainder of the campaign.

The Black Cats twice came from behind against their north-east rivals, with Callum McManaman grabbing the decisive equaliser in second-half stoppage time The result leaves Sunderland bottom of the Championship standings, four points adrift of safety, but Asoro, who scored the opener against Boro, believes the performance shows they have can avoid relegation.

Sunderland’s main struggles this season have been defensively – they have conceded the most goals in the division – and Asoro knows they must tighten up at the back to stand any chance of preserving their Championship status.

He added: “We need to do the right things and we need to be better defensively but we also need to keep scoring as well otherwise it makes it harder for the defenders.”

Chris Coleman’s side are next in action when they travel to Millwall on Saturday.