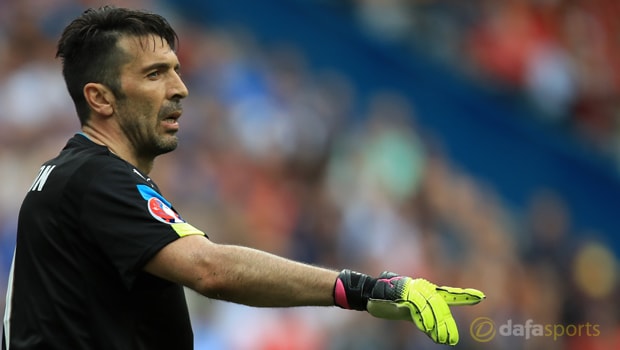 Gianluigi Buffon has reversed his decision to retire from international football with Italy and he has made himself available for next month’s friendlies against Argentina and England.

The Juventus goalkeeper had brought his 20-year international career to an end following the Azzurri’s failure to qualify for the 2018 World Cup, with the last of his 175 caps coming during the second leg of their qualification play-off with Sweden.

However, the 40-year-old has now made himself available for next month’s friendly double-header as he believes his experience could be helpful.

“I feel a sense of responsibility at this time of transition for our national team,” Buffon told ‘Tiki Taka’ on Italia 1.

“There will be two important friendly matches. I thought about going on holiday with my family but if the national team needs me I have to answer that I am ready and I cannot desert.

“The players who have experience at the moment could be useful against Argentina and England.”

Buffon did not confirm whether or not he will remain available for selection after next month’s friendlies, with Italy set to face further matches against Saudi Arabia, France and Holland during the summer.

He added: “I do this for loyalty and responsibility, without thinking about what will be my future.”

The veteran has made 21 appearances across all competitions for Juventus so far this season although his contract with the Old Lady expires at the end of the campaign, Juventus are currently second in the Serie A standings, four points behind leaders Napoli.

They are priced at 1.85 to claim a seventh successive Scudetto at the end of the campaign.