James Vaughan: We must work harder 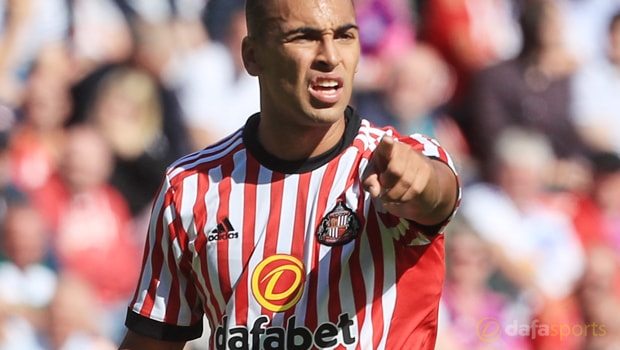 Sunderland striker James Vaughan insists his side need to work harder if they are to overcome their bad run in the Championship.

The Black Cats are now 22nd in the league table after a 2-1 defeat to Cardiff at the weekend.

Simon Grayson’s men have picked up just six points from their first nine matches since their relegation from the Premier League.

Their last league win came on August 13 against Norwich and Sunderland have not won since August 22 when they beat Carlisle in the Carabao Cup.

Some of the club’s fans are already fearing back-to-back relegations but Vaughan insists his team-mates cannot afford to feel sorry for themselves. He told the Shields Gazette: “It’s a depressing feeling.

“We’ve come here to win the game and we haven’t done that.

“We’ve let ourselves and everyone else down – no-one in that dressing room is happy at the minute. Games come thick and fast, we’ve got to get our heads down ahead of Tuesday [away to Ipswich].

“You can only do it through hard work, staying together, pulling people up when they’re struggling.

“Eventually, something will drop for us and we’ll take it from there. The fans, rightly so, are gutted, and you could hear that at the end of the game.

I promise you no-one feels worse than me and I’m eager to put that right on Tuesday and so are the rest of the lads.”

Ipswich are 2.60 favourites to win, with the draw 3.30, while Sunderland can be backed at odds of 2.75 to win and end their poor recent run.